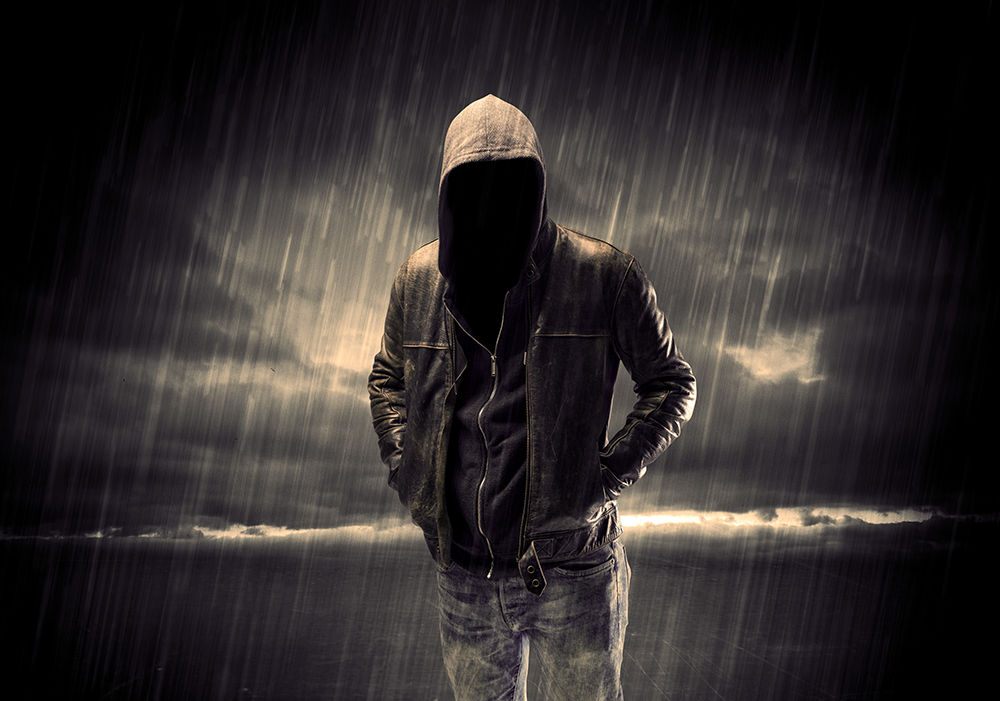 The 3 Rules to Become a Gray Man

There may come a time when you or your family need to move unnoticed through a crowd potentially during a time of civil unrest in order to get to a bug out location or get home. Would you know how to blend in so as to not draw attention to yourself? Could you be invisible? Could you be the Gray Man?

What is a “Gray Man”? The concept of the Gray Man can be boiled down to this: being able to blend in and not standing out. It’s a way to fade into the background of whatever environment you are in such that you do not elicit a response from those around you. It’s being so bland that no one even remembers having seen you.

In the context of prepping, the Gray Man concept is very useful in situations where you have to be mobile while staying undetected. By doing so, you become less of a target for those looking to take advantage of someone.

So to begin with, why is being a Gray Man important?

After a major catastrophic event, if there is a prolonged grid-down scenario in your area, eventually people will become desperate. If you stand out as someone that has something of value, you will become a target.

In this article, we’ll also discuss the wider applications in the context of a post-SHTF scenario and we’ll discuss the 3 rules to become a Gray Man. So let’s jump in.

So what is a baseline? In the context of this conversation, a baseline is determining what is normal for behavior and appearance for a given environment. For example, if I were at the beach, I’d expect people to be wearing swim trunks, t-shirts, bathing suits, and would expect people to be relaxing. Whereas if I were in a board room meeting with C-level executives, I would expect formal dress attire like suits and I would expect people would be acting in a professional, business-like manner. Not only is clothing part of the baseline, but how people are acting, moving and behaving is important as well. At a wedding reception, I would expect individuals to express joy, whereas at a funeral, expressing grief and sadness would be normal. So a baseline is a combination of many things which revolve around 1 single concept: what is normal for the given environment in regards to how people appear, move, talk and act?

So, how do you determine the baseline in a new environment? Simple: watch and observe. Before you head into a new environment, take a moment to look around to find out how people are dressing, acting and behaving and find a way to do the same. Your goal is to avoid acting or looking out of the norm. Imagine if you showed up to a formal event looking like you just worked on your car? You’d stand out and it would draw people’s attention to you quickly. When it comes to the concept of the Gray Man, the goal is to avoid drawing attention to yourself which leads us to the next point.

A stimulus is anything that triggers a response when someone sees you that may form an impression with them. What do I mean? If you are in a crowd and you have something on your person or act in such a way that causes someone to take notice, you’ve created a stimulus. You have stimulated that person’s mind to take note of something about you that was out of the ordinary.

On a biological level, how does this happen? Without going into a deep discussion, I’ll briefly run through how your brain processes and filters information. Let me introduce to you a part of your brain called the RAS, or Reticular Activating System. The RAS is the portal through which nearly all information enters the brain. It is the brain’s system that filters out extraneous information. You are bombarded on a daily basis by a lot of stimuli and if your brain didn’t filter out things that it deemed as unimportant, you’d suffer from sensory overload. Let me give you an example you’ve probably experienced. Ever been at a party or social event, engaged in a conversation with someone surrounded by a lot of other people that are talking and someone across the room mentions your name? That triggers a response in your brain…the RAS decided to not ignore this information and instead alerted you. That person didn’t even have to yell your name but nonetheless your brain immediately takes note of this. Your brain this whole time has been filtering out the noise in the room but prompted you to something that is important.

In the context of the discussion regarding prepping, think about what you are wearing or doing that could be perceived as of out of the norm that could trigger someone’s attention. Going back to our discussion regarding the Baseline, we don’t want anything about our appearance such that someone looking at a crowd would notice something that stands out on our person. The moment we have created a stimulus in someone’s mind, their attention is now on us.

During a time of civil unrest, you don’t want to draw attention to yourself. If you’re trying to move through a crowd or in a neighborhood, you need to look normal like you belong there. So do we avoid creating stimulus? How do we match the Baseline?

Now that we have established a foundation regarding a Baseline and how a stimulus is created, let’s chat about 4 things you have control over to help you blend in and become a Gray Man.

Number 1: how you dress

To begin with, you want to wear clothing that is normal for your baseline. What are the people around you wearing? What is normal? In some parts of the country, wearing camouflage in public would be normal whereas, in other areas, you stick out like a turd in a punchbowl.

Consider logos on your clothing. Wearing a shirt with a logo will probably trigger a stimulus in someone’s mind. Whereas wearing a simple t-shirt with a muted color and no logos or markings probably would not trigger anyone’s attention. Again, remember from our previous discussion regarding the RAS. Bland white-noise is just filtered out of the mind whereas markings or identifiers on your person will grab people’s attention that could cause them to take note of you because they may immediately identify something about you.

I’ll give you an example. I have a hat that I used to wear with an American flag morale patch. I was at a friend’s party and a guy walked up and immediately struck up a conversation and we were discussing firearms and local ranges we like to visit within a couple of minutes. I don’t encounter a lot of these types of conversations here in Southern California and in the course of the conversation he pointed out the hat was a dead give away. When wearing it I often get asked if I’m in the military. The hat, which I like a lot, is probably best to be worn when I go to the range and I don’t wear it anymore in public. Why? The hat causes an immediate stimulus with people and I’ve made an impression on their mind. In a hostile situation, someone may perceive me as a threat and target me first. When trying to be the Gray Man, wear muted colors, avoid clothing and accessories with Molle and other “tacti-cool” clothing. The issue about becoming a Gray Man isn’t about wearing tactical looking clothing but rather just blending in with what other people around you are wearing. If you’re not wanting to draw attention to yourself, avoid clothing is not the baseline that could cause a stimulus in someone’s mind.

Avoid this if at all possible. Once you make eye contact with someone, you will instantly trigger a stimulus in that person’s mind. Ever been to the mall and walked by a kiosk where someone is trying to sell something? What are they trying to do? They’re trying to get your attention to come buy their product. The moment you make eye contact they will try to draw you in. When walking by, I tend to keep my eyes focused forward so that this connection is not made. In a grid down scenario, having eye contact gives someone a reason to engage with you. In addition to eye contact, avoid getting into conversations when possible. This is a worse case as a conversation will form a lot of impressions in someone’s mind.

Do not appear threatening. Even though you may be carrying a concealed weapon, the last thing you would want is to draw someone into an engagement and by having a casual, calm look you lessen your chance that someone may notice you. If you’re in a crowd, just go with the flow. Also when observing your surroundings, be casual about it. Instead of making it obvious by moving your head and eyes while scanning the room, instead use a prop like reading a newspaper or looking at your phone so that you can use your peripheral vision to really look at what’s going on around you without drawing attention to yourself.

For those that enjoy hunting, you know this principle all too well. If you’re upwind and have a strong smell, the animals will pick up on this and leave. You’ve created a stimulus that triggers that animal that there’s a threat…something isn’t quite right. In the context of our conversation, a smell can make an impression that someone will take note of you.

So, what are the applications of the Gray Man in a pre-SHTF scenario?

While we’ve discussed scenarios in a grid down scenario in this article about moving through crowds and neighborhoods undetected, but how does the Gray Man apply in your current daily life?

As I’ve pointed out in many of my articles, the less information you give your neighbors in regards to your preps, the better. Whether you’re dressed in clothing that screams “tactical” or you share your political views with neighbors, they begin to obviously gather information about what you share and you are making an impression. Being a Gray Man with your neighbors doesn’t necessarily mean they never notice you but rather don’t provide a stimulus that tips them off that you are probably someone with preps. If things go sideways or there’s a catastrophe in your area, they’ll remember that you’re the guy with the tactical looking clothing, loads guns into his car to go to the range and has the NRA sticker on his cars…you’re the guy that might have the gear and supplies they need for survival. I purposefully don’t have any stickers on my cars for this very reason: I don’t want to trigger a stimulus in someone’s mind. I just want to be another neighbor.

Just because you’re trying to blend in and look like you’re not a threat, this doesn’t mean you do not have the tools and skills necessary to defend yourself or your family if it comes down to it…you just look like it. Keep sharp, while you may look like you’re lost in your thoughts, internally you are analyzing what is going on around you and you’re on point in your mind. While you may be forgettable, you are not to be trifled with. You are the Gray Man.

Thanks for reading this article, and as always, be safe out there.