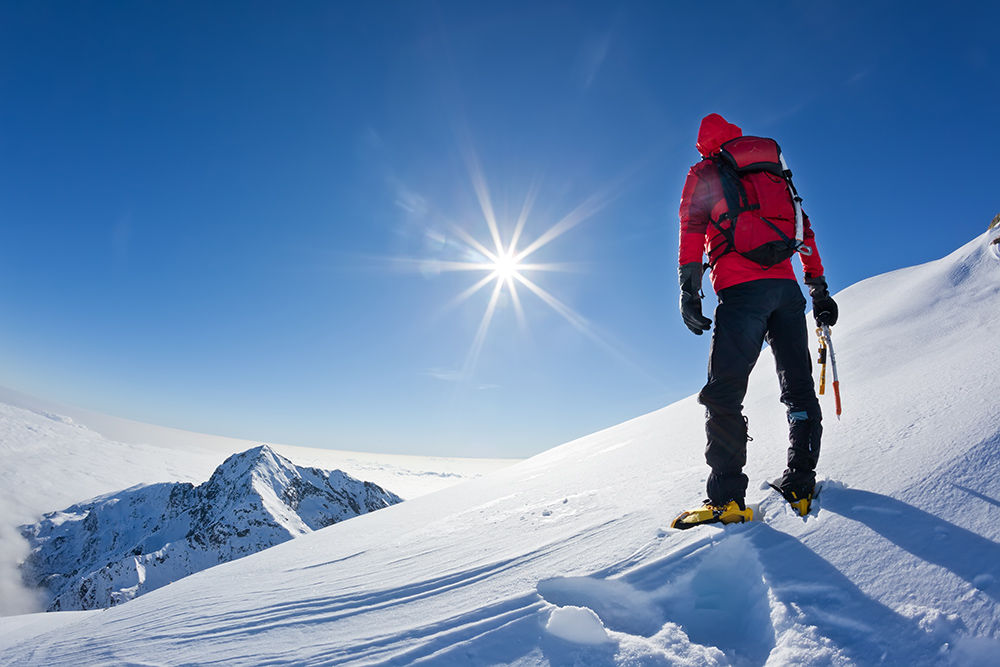 One of my favorite activities, when I was younger, was Mountain Climbing. It was on these expeditions that I learned a lot of important lessons that I have been able to translate into prepping. In this article I want to discuss 7 prepper lessons I learned from mountain climbing.

On my first mountain climbing expedition, we did Tabeguache and Shavano Mountain in Colorado. The following year I climbed Mountain Elbert which is the tallest mountain in Colorado. My 3rd year, we were going up Mount Sherman when we got snowed out. Then I returned a 4th year to do Mount Elbert again. I’ve also climbed Mount Baldy in New Mexico twice, once in full gear.

Here are 7 lessons I learned from climbing these mountains.

Use your gear and become familiar with it. As you use it, you will gain experience which will lead to confidence. Each time I camped out and went on these mountain climbing expeditions, I began to learn my gear and discovered the things I needed and the things I did not need.

It’s easy to purchase survival gear, make a bug out bag, pick up a new rifle but if you don’t have experience with them, during times when you need them the most, especially times of stress, you may realize you have things setup incorrectly or realize you’re missing important items you left out. If you’ve got a Bug out Bag, make it a point to take that bug out bag for a night or two and learn what works and what doesn’t work. You’ll probably come to realize that some expensive, heavy piece of gear you thought was important to have in your bag is better left at home and replaced with an alternative that is lighter and cheaper.

Take that gun to the range and learn how to work through gun malfunctions, not just shoot paper targets at an indoor range. Probably one of the best things I ever did with my pistol and rifle was to take a 3-day course on how to properly use them that taught me how to work through problems that arise under stress. I came out with a new appreciation for my firearms and gained a whole new level of confidence in using them.

Going alone into the wilderness also represents a very dangerous threat. You could easily break an ankle or get injured and without any around to help you out, you’d be in a lot of trouble. Working as a team was important for survival for the environment we were in.

I often hear comments about lone wolves in the comments section of my youtube channel. But in order to survive long term, you’ll need others to help, even if it’s just extended family. I know this is a very touchy subject in the prepper community as people often mention they’d prefer to be a lone wolf. But who is going to watch over your house at night if people aren’t working in shifts? Being the only individual handling these tasks will lead to exhaustion, which will impact your health and well-being and lower your risk of long-term survival. Being exhausted will make you an easy target to those looking to attack you and in addition your immune system will get compromised making you a prime target for infection and illness. While the lone wolf may be able to live a difficult life by themselves in the wild, in order to thrive, you’ll need to learn to work with a team.

#3. Have people around you that know more than you

When we were on these expeditions, we had guides that would take us up the mountain. The average trip was about 5 days long and during these 5 days, the guides were there to help us make the ascent. For some in our group, this was their first outing into the wilderness and they didn’t have a clue on how to set up a tent, start a fire, etc. While I had done quite a lot of camping in Boy Scouts prior to these expeditions, I still learned a lot from these guides. The key is to stay humble. Nothing is more frustrating than being around a know-it-all as they can’t be taught anything.

You’ll do well to find others around you that have more knowledge and wisdom than you do and learn from them. For example, I have a 79-year-old neighbor that lives across the street. I hang out with her from time to time and turns out that as a child, she did a lot of canning. That’s a skill I’m going to work on next year and guess who is going to be helping me learn.

This principle not only applies in prepping, but just everyday life in general. I own a business and I’m constantly looking to bring on talented individuals that know more than I do to our team. It’s enabled me to grow my company leaps and bounds in ways I couldn’t do when it was just me doing everything.

Also, try to actively learn from others. I recently wrote an article entitled, “How to Meet Other Preppers”. I’ve met some great individuals who I’ve gotten to know that have helped me tremendously.

#4. The wilderness is unforgiving

I was on a trip with a group climbing a mountain in New Mexico and it was so hot. We were all sweating profusely when a rain storm blew in. I had a cheap rain jacket I put on that didn’t breath and got only more sweaty as a result. Within a short period of time, the temperature dropped quickly while still raining and now we went from hot and sweaty to cold and wet in our rain gear. The next thing I knew, we were experiencing mild hypothermia. We were all shivering out of control and I became mentally confused. Most of us were unable to perform simple tasks, like setting up a rain tarp to get out of the elements. Fortunately, we had 2 guides that realized what was happening and they took control helping us set up our tents, get into our sleeping bags and they heated up water for us all to drink. It took a little time to recover, but it was an experience I still remember until this day.

Mother nature can turn on you quickly and is unrelenting. The most important thing in survival if you’re caught outdoors is shelter. In the survival rule of “3”s, the first rule is that you can only live 3 minutes with oxygen and the second rule is that you can only live 3 hours without shelter. As mentioned in point #1 above, know your gear. It’s critical if you’re in a situation where you had to bug out to have the proper gear. You should Google “Dave Canterbury’s 10 C’s of Survival”. You’ll learn the 10 survival items you should have which all my Bug out Bags and Vehicle E.D.C.’s contain. These items help ensure you can face what mother nature may throw at you.

5. Take care of your feet

I’ll never forget the time we were all climbing a mountain and at the end of the first day, this individual began developing blisters badly. She had never worn her boots prior to the trip and her boots were not broken in. As a result, she developed hot spots on her feet which lead to blisters which resulted in a very painful trip for her. Had she not received the proper treatment from our guides, they could have easily gotten infected and it could have gotten much worse from her.

I’ve seen this same story play out many times on expeditions with individuals who didn’t take care of their feet. If you’re in a situation where you have to bug out, you’ll want a good pair of boots that are broken in. Wearing them for the first time when you’ve got to head out of dodge is going to be a problem. In addition, keep your feet dry and have an extra pair of socks. And regarding socks, have quality hiking socks in your inventory and in your bug out bag. If you Google “hiking socks”, you’ll find solid options that are not just a pair of cotton socks, but the kinds that prevent blisters and hot spots.

People that complain hurt the whole team. Ever heard the idiom, “A rotten apple spoils the barrel.” I’ll never forget this one trip where we were climbing in New Mexico and things were going just great. We were all having a great time and about 2/3rds of the way through the trip we had this one guy that started complaining. It was infectious and really brought the entire team down. What started as a great trip ended up becoming miserable.

Your words carry weight. Someone that complains non-stop hurts everyone. Watch what you say. If you can’t be positive, then it’s best to keep your mouth closed. Morale can literally mean the difference between life and death. One of my favorite books is Unbroken. The movie wasn’t that great, but I highly encourage you to read the book. In the book, the author is stuck in the Pacific after their airplane crashed and of the 3 that survived, one guy simply gave up on trying to live. While they all 3 faced the same challenges, he ended up dying simply because he lost the will to survive. Morale during a time of stress in a scenario like a post-SHTF situation could mean the difference between those that will live and those that do not.

We were doing this ascent up Mount Elbert, which is 14,439 feet in elevation when one of the older gentlemen in our group nearly had a heart attack. This guy had not prepared for the trip and was overweight. We had to practically carry him up the mountain and looking back, we were lucky he survived. I’ve seen this same situation play out on several other expeditions I’ve done. People underestimate the stress that will be involved, neglect their body, and when they need it to perform, it fails them.

As a prepper, it’s easy to focus on keeping all your gear in order (which is important by the way) but yet neglect yourself. In a post-SHTF situation, you’ll probably be forced to perform a lot of manual labor to survive. If you don’t have a gym membership, you should consider getting one. Also, a great resource is the website bodybuilding.com. They’ve got a section of their site where you can pick a plan and it will walk you through the steps you need to follow to reach your goals. I’m not suggesting you have to become some gym rat, but take care of yourself and get in shape. Your body is your #1 prep and if you neglect it, you stand a good chance of dying if you have to put it under stress.

Hopefully, you can find some useful information from this article.  As always, be safe out there.

Excellent advice. I came across this article as a fluke, and even the whole website, really. Thank you to the author, and to all others who take the time to pass on such valuable knowledge with
no compensation!

Thank you for finding us. This is the right thing to be doing.