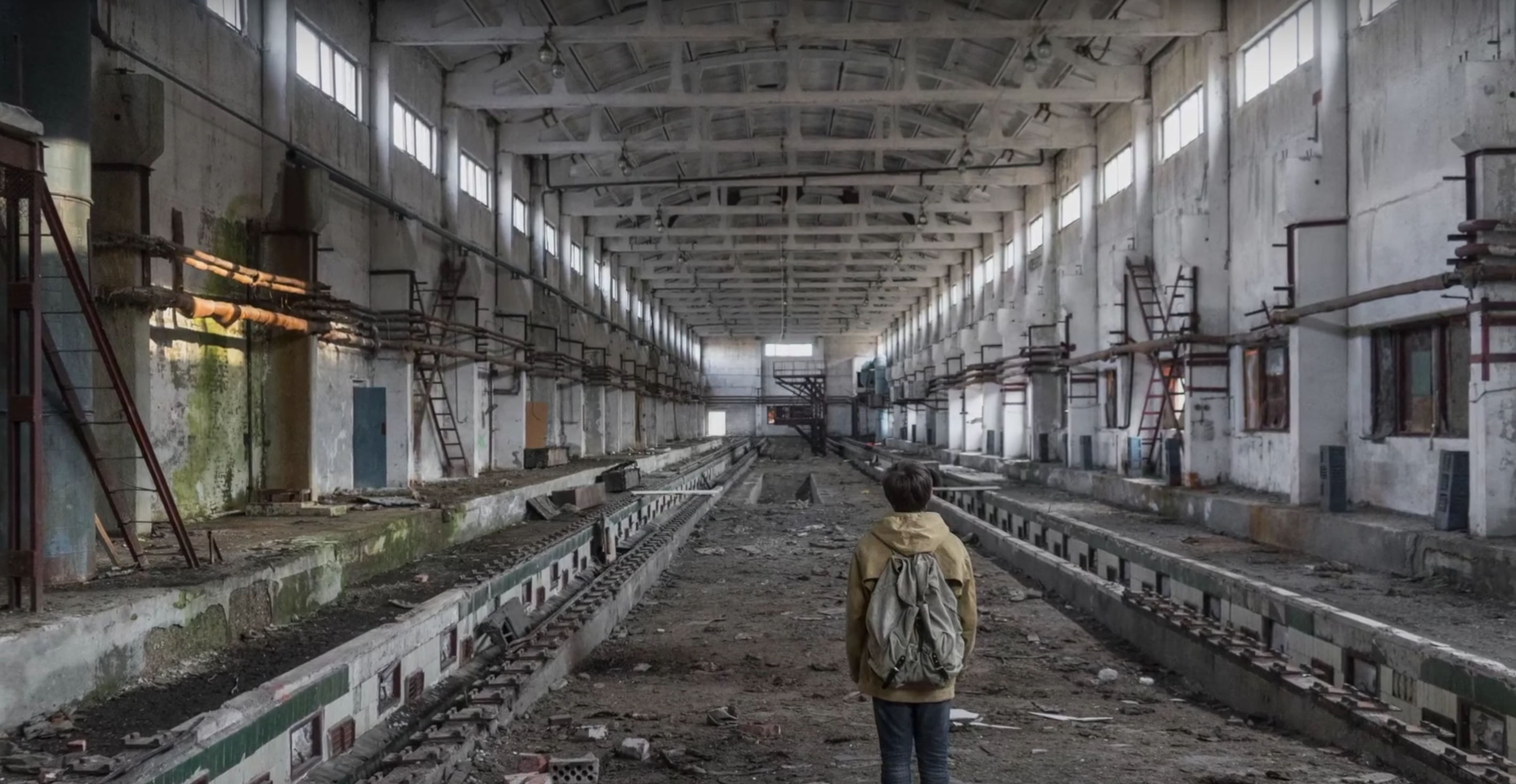 What is a prepper … what is prepping?

In recent years there’s been a spike in this phenomenon that is called “prepping”. There’s even a T.V. show that ran for awhile named “Doomsday Preppers” showing various individuals who were prepping for a major catastrophe and had gone to extreme measures to ensure their survival. In popular mainstream media prepping is often depicted as tinfoil hat-wearing nutjobs who are preparing for the end of the world. So what is prepping and what are preppers?

In a nutshell, prepping is simply preparing for the future. Technically everyone is a prepper. We all prepare for life, it’s just a matter of the degree to which you prepare. If you buy insurance, you’re prepping. If you stock your cabinets and refrigerator with food, you’re prepping. Being someone that classifies yourself as a “prepper” is just being a little more prepared than most people for the eventualities of life. And what eventualities are we talking about? Well, we’ll get into this more in the article.

So why the recent spike in this phenomenon and this culture of prepping? In America, we’ve witnessed several things in the last several years that have shaken individuals. I would say the first major event was 9/11, then Katrina, oil spikes which threatened the food supply chain, the 2007 and 2008 market collapse resulting in many people losing their retirement funds and homes, the recent terrorism in the U.S., and the growing national debt. As a result of these events, many people have become concerned with the situation around them and learning more about the prepper lifestyle.

In previous generations, prepping wasn’t a “thing” as much as it was just life. Before my grandmother’s passing, I remember her lamenting how dependent individuals had become on the many of our modern conveniences and how many of the skills she had grown up learning had now been lost in this generation. My grandparents came from a generation where growing gardens, canning and being self-reliant were just a way of life. In recent years with modern conveniences and technology, many people have lost the skills to provide for themselves should the need arise. Combine this with the events that have transpired over the last 15 years and many people are reconsidering whether they could take care of their family if there was a natural disaster, if they lost their job, if the economy collapsed or if any other myriad of events were to affect them personally.

So, what is Prepping?

As mentioned earlier, prepping is simply preparing for the future. This is not a lifestyle that is unique to individuals that call themselves “preppers”. Everyone at some level is a prepper. People invest in retirement funds, purchase insurance, eat healthily and exercise to ensure they live a long life. People naturally “prep” for the future. The question then becomes, to what degree of a prepper are you? People that identify specifically as a “prepper” typically go beyond the average person in preparing for the future which usually involves 3 primary things:

It boils down to having the ability to take care of yourself. FEMA, the government agency, recommends families have a 3 day kit. A few years ago I took a C.E.R.T. course through my local fire department…it’s a course I think everyone should seriously consider. Our instructor, a fire marshal, recommended that everyone at a minimum have a 2 week supply of food and water on hand. While this was by no means a course on prepping, it was fascinating to see that even a local government official communicated very clearly to us that people should position themselves to take care of themselves if an earthquake hit our area. This is the prepper mindset.

So then what is prepping? Prepping is the attitude of learning to take care of yourself and your family and helping those in your community. There was a time in our country when this was considered just common sense but is now considered fringe. Obviously like anything, it can be taken to extremes. While I would never judge someone based on how far they want to go with this lifestyle, I tend to approach most things in life with a bit of moderation.

So now that we’ve covered what prepping is, who are the people that participate in this lifestyle?

So, what is the profile of a Prepper?

If you were to put a 100 people in a room that call themselves a prepper and ask what constitutes a prepper, you’d probably get quite a lot of different answers, but yet you’d probably hear many of the same common core traits. The bottom line is that preppers are individuals that prepare for whatever life may throw at them in the future whether that be in regards to finances, natural disasters, or other situations which would require them to take care of themselves and their family.

What is the profile of a prepper? Typically they’re self-reliant individuals that prefer to be able to take care of themselves. Can people survive completely without the help of others? No, not really. As a prepper, I realize I’m not an island unto myself but I realize as well that I need to be responsible for myself and my family and build a network of like-minded individuals around me. Preppers are typically more on the conservative side of the political spectrum. Interestingly enough though the prepper movement has begun to catch on in the liberal side of the political spectrum as well since Trump won the election. Many preppers are generally not trusting of the Government, and they’re not looking for a hand-out or to be nannied. I don’t personally think the government is out to get everyone, I am by no means a conspiracy theorist, but I’m still a little weary of putting my trust in the government because time and time again they’ve abused the trust of so many. I think more than anything I see the government as incompetent, self-serving and really not in touch with the realities most Americans face. I think there are many Youtube channels out there that could address politics much better than I can, but suffice it to say I’m not looking for the government to provide for me and my family. I think this saying sums it up well: “A government big enough to give you everything you want, is a government big enough to take away everything that you have.”

Why do I personally prep?

I’ve shared this before, but what got me started was watching how the events of Katrina played out and how slow the government was to respond. In addition, I currently live in Southern California which is constantly under the threat of an earthquake.

Not only do I prep for natural disasters, but I prep for a potential downward economy. If you’ve ever read the book or seen the movie for the Big Short, it’s a bit unnerving to see how corrupt and how delicate our nation’s economy is. Watching our national debt balloon at such a rapid pace also concerns me a great deal. How or when this will all play out, I really don’t know, but for now, I choose to make sure I like have an insurance plan in place by learning to become more self-sufficient.

And it’s worth noting that I don’t live a life of paranoia…I actually enjoy my life quite a lot. I don’t sit around worry and waiting for bad things to happen and I’m not anti-social. Prepping doesn’t put a crimp in my life. I love to travel with my family and we’re very active in a lot of social circles. Prepping doesn’t define my life. I think because I value my life so much, I have gravitated toward prepping.

I can’t think of a better story to end this article with than the parable of the Ant and the Grasshopper. It goes like this:

IN a field one summer’s day a Grasshopper was hopping about, chirping and singing to its heart’s content. An Ant passed by, bearing along with great toil an ear of corn he was taking to the nest. “Why not come and chat with me,” said the Grasshopper, “instead of toiling and moiling in that way?” “I am helping to lay up food for the winter,” said the Ant, “and recommend you to do the same.” “Why bother about winter?” said the Grasshopper; “we have got plenty of food at present.” But the Ant went on its way and continued its toil. When the winter came the Grasshopper had no food and found itself dying of hunger, while it saw the ants distributing every day corn and grain from the stores they had collected in the summer. Then the Grasshopper knew: “IT IS BEST TO PREPARE FOR THE DAYS OF NECESSITY.”

I hope this article gives a little more clarity to the subject of prepping. While I by no means am the ambassador for the prepping community, I gave this subject a lot of thought in how to communicate clearly what prepping is to me and how I will represent it on this channel. If you’re new to prepping or been a prepper all your life, I hope this article will help you give thought to how you view prepping and will prepare for the future.