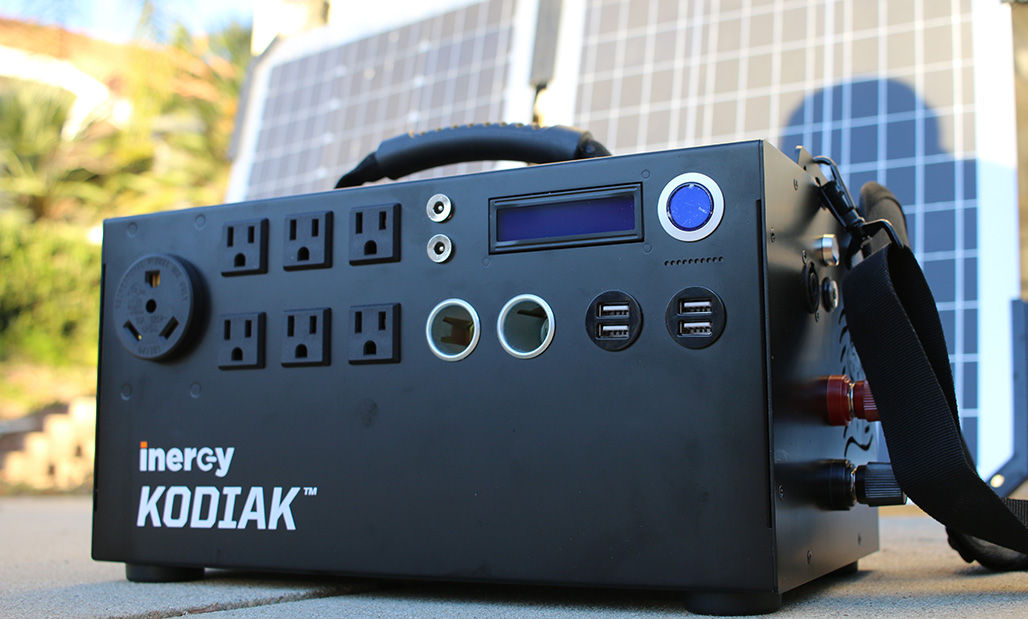 How to get unlimited power after SHTF: Kodiak Solar Generator

In this article, we’ll talk about the Kodiak Solar Generator.  If at anytime you want to pick one of these up, you can use the 10% coupon code “cityprepping”.

Let me first state that this is a very cool piece of equipment and I’m very excited to get my hands on this.  Quick disclaimer: this is not a paid review…I’ll just give my honest opinion on this product.  While I have an affiliate account with them, you can click on this link if you prefer to not buy one through an affiliate link.  I’ve wanted one of these for quite awhile and honestly I’m really excited to share this piece of equipment with you.  I’ll share with you in this posting the details of this piece of equipment, how it stacks up against other similar products on the market and just give you my honest opinion: Spoiler alert: I really like this device and I’m excited to share the details with you, so let’s jump in!

So here’s what we’ll cover:

So what makes a solar generator so unique?  And why is this technology a game changer for preppers?

The first reason is the one that sold me personally: you have an unlimited fuel source as long as you have the sun…there’s no reliance on gasoline.  Another reason is that you can charge it 2000 times (their competitor only has 1/4th this ability which we’ll discuss a little more in a moment).  And it has a 10 year shelf life.

These points were the primary things that sold me on the solar generator as an option for a backup power source for when the grid goes down.  I spoke with an individual in Puerto Rico recently after Hurricane Maria barreled through their country and she spoke about the lack of gasoline and the impact it had on their family.  I’ve also read a lot of forum postings after Florida was devastated by Hurricane Irma and one of the common issues people brought up was a lack of gasoline and their inability to run a generator.  During the hurricane season, Inergy, the company that made this generator, sold out of units due to demand in Florida and Puerto Rico and many individuals are still purchasing their gear now to get them to Puerto Rico which is a devastated area.  With solar getting cheaper by the month and the ability to store it (lithium batteries), switching over to a solar powered setup makes more and more sense.

So let’s take a look at some of the features

On the front, we have a:

On the side, we have:

So let’s take a quick look at the solar panels that power the generator.

I picked up 5, 50 watt panels that are very lightweight, portable, and fit in a bag providing me with roughly 250 watts to charge my generator.  Again, remember this unit can handle up to 600 watts of power from solar panels.  You can chain these particular solar panels together with a connection point they have on the side.  Each of the power cables that connect to the solar panels can handle 150 watts of power each meaning I had to use one cable on 3 of the panels which produced 150 watts and the other cable for the other 2 panels which produced 100 watts and then connected the 2 cables into a 3 way adapter with Nuetrik plugin that plugs into the side of the generator.

Why you’d want this for an emergency / SHTF scenario

When the grid goes down, having the ability to produce electricity would be critical for so many reasons.  Especially for those with health issues like diabetes requiring them to keep insulin cold.  Also people that use C-PAP machines often purchase these as a backup.  You’ll also be able to refrigerate your food.  I will be adding a small refrigerator soon in my garage that uses less power as a backup if the grid goes down.  One of the things I especially like is that unlike a generator, it is quiet and produces no fumes which is critical for OPSEC.  In addition, you don’t have to do maintenance on it like you would on a gas engine.

It’s also a very light weight setup.  The solar generator itself only weighs 20 pounds and the 5 panels I have combined weigh another 25 pounds.  These would definitely be items I’d throw in my vehicle if I had to bug out.

Now, the possibilities are endless for things you’d want to power in a grid down scenario:

Brief, geeky explanation of how a solar generator works

OK, so they advertise this unit as having an internal battery capacity of 1,100 watts, so what does that even mean?  Without going into a long boring discussion of electricity, let me put in layman’s terms to give you an idea of what you could power with this and for how long.  Your typical home appliance in the U.S. uses 110 volts.  That’s the normal wall socket you have in your house.  Now every device uses a certain amount of Amps.  Some use more, let’s say like a coffee machine whereas your phone would draw a very small amount of Amps.  Most appliances list the amount of amps they use on the side.  So a Watt is simply Amps x Volts.  So if you start looking around at different electronic devices in your house and take note of how many amps they use, you can start figuring out how many watts they’ll consume during normal use.  Let’s take a look at something you’d want to power after a disaster: a small 18 cu foot refrigerator.  It draws about 2 amps during normal operation with a momentary surge of roughly 6 amps when starting up.  So a fairly accurate estimate in this example of how much we expect it will use would be 110v x 2 amps (per hour) x at about 20% duty.  Now, refrigerators don’t operate all the time…they run roughly 20% of the time.  So within 1 hour it would use roughly 44 watts and over 24 hours about 1056 watts.  With this information, you can start getting a general idea of what you would be able to power with this device and how many panels you want to probably pick up.  Again, remember this solar generator can handle up to 600 watts of power coming in.

So how does this device stack up against the competition on the market?

The closest competitor is the Yeti 1400.  So let’s do a quick side-by-side comparison of the 2 systems.  And by the way, all this information below can be found on both manufacturer’s websites.

The manufacturer actually sells Faraday bags that you can store your solar generator and solar panels in if this is a big concern for you.

So let’s talk about what many will most definitely point out in the comment section as potential downsides of this product.

The first and most obvious will be the price tag.  Yes, they are more expensive than a gas generator especially once you add in the cost of solar panels.  Not as powerful as a gas generator either at a comparable price.  Yes, you can get gas generators at a cheaper price point, but then you’d have to keep gas on hand which would be a limited, finite amount post-SHTF and once gas runs out, that’s it.  With the ability to charge the battery 2000 times on the Kodiak, that means you’d have roughly 5 and ½ years worth of use out of this which to me would be worth every penny in a prolonged grid down scenario.

Interface.  The interface was obviously designed by engineers.  It’s not overly friendly or easy to understand.  Goalzero does a better job with theirs.  But once you get an understanding of what information is being displayed on the panel, it makes sense, but there’s a small learning curve for sure.

So here’s my final thoughts on this piece of gear.

I think it’s a great investment as a prepper.  Again, it checks all the boxes for me and stacked up against the primary competitor on the market, it’s a clear winner and something I definitely want in my inventory of survival gear.  Solar is something I’ve researched for awhile and I’m honestly glad I have this.  I’d be interested in hearing your feedback and thoughts on this unit in the comment section below and if you enjoyed the article, please feel free to like or share on social media.

It looks like the Kodiak has been discontinued. Any suggestions on comparable solar generators?

I haven’t received what you want