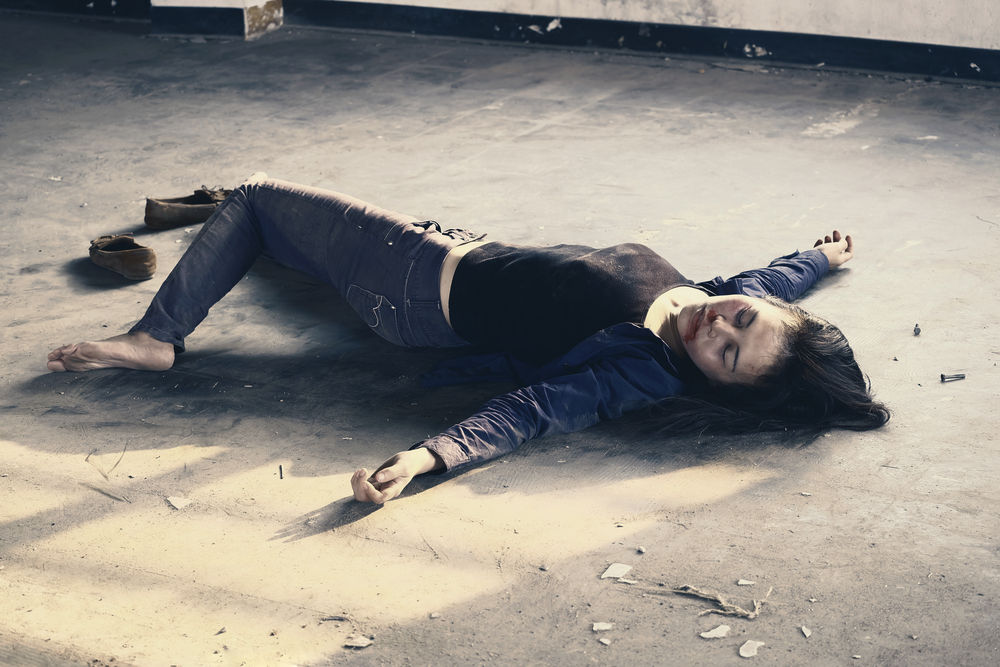 How to dispose of a human corpse after a disaster

When the prepper community talks about grid-down scenarios, the topic usually centers on what to expect and how to prepare in order to survive.  But the grim reality is that not everyone will survive during or after a disaster requiring communities to face the grim reality that they’ll need to properly dispose of a human corpse.  And with public services stretched thin, the responsibility of handling corpses will likely fall on friends and family.

In this article, we’ll cover the steps needed to handle a human corpse and the risks associated with it.

In this modern era we live in, we’re very used to services handling all sorts of unpleasant things.  When flushing your toilet, your deposit is shipped away to be processed at a facility far away from your home.  The meat you eat has been prepared at centers where animals are slaughtered and processed to ensure you have a high-quality piece of steak.  So many things happen on a daily basis that we’re far removed from and mankind’s ultimate fate is handled no differently in our society: out of sight and in a way in which we see the end result of an embalmed corpse which we can commemorate at a ceremony.

But this process has not always been handled in this fashion.  Not that long ago, the dead were handled in a different fashion.

How people used to dispose of their dead

The concept of burial or cremating the dead has actually been around for thousands of years.  The Neanderthals were believed to be the first humans that buried their dead, while the practice of burning the dead was introduced by the Greeks as early as 1000 BCE.

But for some cultures or societies, one other form of disposal was used, and that’s the abandonment of the dead to scavengers.  The nomadic tribes of the Mongolians, for example, were known to abandon the dead and let scavengers or the elements deal with them. Though the concept of burying and cremating is documented in these early tribes, abandoning the dead is the simplest and easiest way to dispose of a human corpse. But early Mongolians weren’t the only ones who used this kind of method of disposing of the dead.

The Indian and Iranian Zoroastrians and Tibetan Buddhists would leave their dead in areas where they’ll be eaten by vultures.  Certain areas of the Solomon Islands would place their dead on the reef to be eaten by sharks or left in canoes to decompose.  For Native Americans and some Indigenous Australians cultures, abandoning their dead in the open is just the first step in disposing of a dead body. They put it on a platform or tree and left it there for a while to decompose, then they come back to collect the bones and bury it.

There are also cultures in North and South America, Australia, China, Africa, and Tibet that used to follow the practice of mummification, where they attempted to preserve the bodies of the dead.

For early European nations, especially the Christian nations, holding a funeral and burying their dead was more common since it also showed a dead person’s status and nobility.  As for burial, the clergy and the elites were usually buried in the Church, near the altar, while the rest were buried in cemeteries.  But in cases of a serious epidemic, where numerous people were dying, large pits were dug at the cemeteries and as many dead bodies as possible were buried there to save space and dispose of the deceased as quickly as possible. Cremation wasn’t a popular choice of disposing of the dead for Christian nations in the past as some interpretations in theology viewed the body and soul as being reunited when the dead are resurrected at the Last Judgement. So the burning of the body was seen as a way of preventing the dead from resurrection and was reserved witches, heretics, and sodomites.

The real health risk that dead bodies pose is to people who will be handling them.  But they still also pose risks to the general population if they’re not handled properly.

There are risks in handling dead bodies, this is why it’s mostly left to professionals who have undergone the proper training and education.  But in a grid-down scenario, the task of handling and disposing of dead bodies will be left in the hands of the remaining survivors.

How to properly handle a dead body

How to properly dispose of a dead body

Let’s look at how to properly dispose of a dead body.

Hopefully, this article gave you insight into handling dead bodies. In a grid-down scenario, disposing of the dead is not the most urgent thing you need to do. But, it is still something that you and your community or group would need to address to avoid the health hazards that a decomposing dead body would pose.