Recently a subscriber, John Lord, sent me an article that details an alarming trend regarding seeds.  Seeds are critical for life since they are one of the primary foundations of our food supply chain. In one way or another, all of the food we eat today originates from seeds along with the animals we eat that also rely on seeds for their food.  But did you know that several major corporations are cornering the market on this commodity as they are consolidating their control of the global seed supply, resulting in what we call a seed monopoly? This is causing a great deal of concern around the world and in this article, we’ll discuss the profound impact and implications of this monopoly, how these companies are pulling this off, and what you can do to prepare.

Who Currently Controls the Seed Market 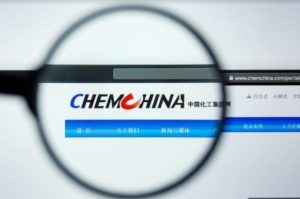 Before we dive into the impacts of a seed monopoly, let’s first look at who currently controls the global seed market today.

There are several seed companies spread throughout the world.  However, most of these seed companies fall under the umbrella of large corporations.  Philip H. Howard, an Associate Professor in the Department of Community Sustainability at the Michigan State University and a member of the International Panel of Experts on Sustainable Food Systems, came out with a seed consolidation chart in late 2018, showing that the current global seed supply is controlled by 4 big corporations. The 4 companies are Bayer AG, BASF SE (both are German companies), Corteva Agriscience (an American company), and Chem-China (a Chinese company).  Monsanto, which has been the de facto face of GMO seeds and a bit of a household name was acquired in 2018 by Bayer.

Why is this problematic? 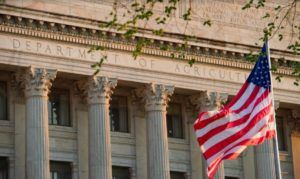 Anytime a monopoly occurs, problems ensue.  It gives the controlling company or companies the ability to dictate at what price they’ll sell their product, there’s no need for innovation, and they don’t have to worry about producing quality products. These same issues also apply to seeds.

As competition dwindles due to mergers and acquisitions, there is less motivation for companies to innovate. Without competition, the controlling companies also have the freedom to set the price they want, making seeds more expensive for farmers and not providing them with many choices. A seed monopoly also gives controlling companies the power to restrict how their seeds are used and exchanged.

How companies are cornering the seed market

In the 1980s there were thousands of different seed companies, which provided farmers and consumers a wide range of choices and diversity in buying seeds. But as corporations acquired and began to buy out other smaller companies, a large portion of control of the seed market has been transferred to the 4 corporations discussed earlier.  What problems does this create?

What are the impacts of a Seed Monopoly?

Let’s look at how this monopoly impacts you personally.

Using heirloom seeds and why it is better 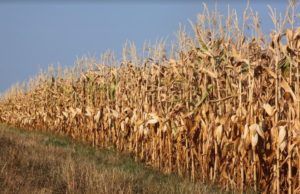 The seed monopoly is a real thing and it is happening in our world today as seed companies continue to merge and consolidate into a few large corporations resulting in them taking control of the seed market and our food supply as well.

So in light of all this information, what’s the type of seed that you need to include for your cache of survival seeds?

Earlier, we discussed what GMO seeds are and what hybrid seeds are. Both types of seeds are man-made. But there are also hybrid seeds that are naturally made. The third, and probably the best type of seed that you can use for your survival are heirloom seeds. Heirloom seeds are seeds that came from open pollinated plants, which means they are naturally made. But the beauty of this type of seed is that it inherits the traits and characteristics of its parent plant.

This is huge since it will allow you to replant the seeds it produces and expect a similar crop to come out from it. For example, an heirloom seed you bought yielded a big and tasty tomato, you can expect that replanting its seed will result in a similar big and tasty tomato. This is something that you cannot do with hybrid or GMO seeds.

The fact that you can also reuse the seeds for planting and expect a similar crop will also greatly help in preparing for your survival. If you use GMO or hybrid seeds, each year you plant seeds you’d need to get seeds from the corporations. But with an heirloom seed, you don’t need to worry about purchasing new seeds. You just need to replant the seed that came from the crop you harvested and you’ll get another batch of produce from it.

Hopefully this article gave you insight into an issue that most are not even aware is happening.  Seeds are the foundation of our food chain and once corporations lock these down completely, which is sure to happen in the coming years, we’ll be at their mercy.  Even more importantly as preppers, having seeds we can plant, and harvest for future use is even more important when looking at a long term grid-down scenario. Again, when shopping seeds at your local store or online, always go with heirloom seeds for the reasons we outlined.

If you have additional information, tips, or suggestions, please put them in the comment section below. Don’t forget to click the like button and share this on social media if you enjoyed the blog.

Hi. I appreciate all the useful info you supply. Thank you. However, I’m trying to find the video you mentioned on the 25 best foods to grow in an apartment but can’t find it on youtube. Can you please direct me to where I can access it? Thanks. Katie