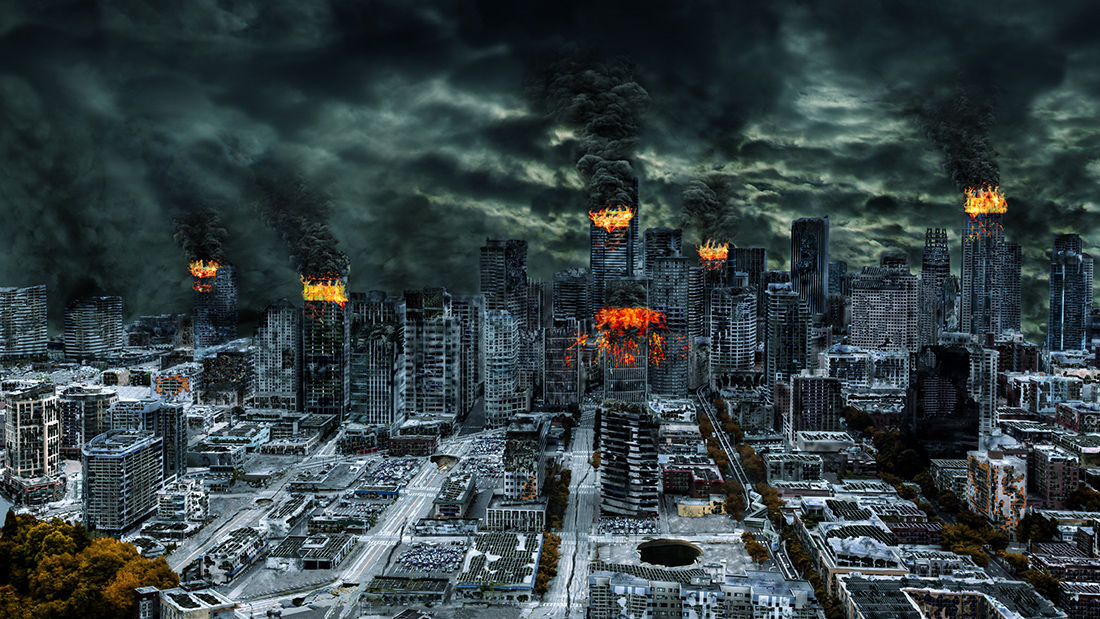 The first 2 months after SHTF: A Timeline of What to Expect

In a study released in 2018, a group of scientists detailed scenarios in which there was a high probability that multiple natural disasters could occur at the same time with recent changes in weather patterns.  In the article, they explained a probable sequence of events in which regions and countries could find themselves facing as many as 6 natural disasters happening all at once.  In this scenario, the end result would be thousands of lives lost at a cost of billions of dollars in damage.  Should a big enough event like this transpire with multiple disasters occurring at the same time, a grid down, SHTF scenario would unfold before us in real time in which communities and individuals would be forced to fend for themselves.

What would you do in a situation like this if no help was coming to your community and you were forced to take care of yourself and your family for an extended period of time?  In this video, we’ll take a look at what you can expect in the days, weeks, and months after a catastrophic event in which you are left to take care of yourself and the basic steps you should take now to prepare.

What can happen when the grid goes down

A true grid-down, SHTF scenario is different from just a regular power outage since the situation will be longer and more severe. This is why most 3 days to 2 weeks contingency plans outlined for the general population that governments and corporations have will be useless, showing how ill-prepared our country is for this kind of situation.  Here’s what you can expect to really happen:

A power outage won’t cause panic to people within the first 48 hours since this is not unusual.  We’ve seen our fair share of this lately here in California with the power outages.  Hospitals, though, will likely be affected, especially those without generators. Not only do they have life-saving equipment that needs power, but surgeons will also have a hard time performing surgery without any electricity.

Other people who don’t have any supplies stocked up might also start going to grocery stores or supermarkets to stock up on supplies.  By the third-day people will start to panic, especially if there is already news that the power won’t be back anytime soon. As more people go to supermarkets and grocery stores to stock up on supplies, problems will ensue.  By this time, most stores will already be out of stock of all of the necessary items.  Without power, credit and debit cards won’t be functioning so people will inevitably start to line up any functioning ATM machines they may be able to find to withdraw as much cash as they can to pay for the items that they will need.  Gas stations will also be experiencing long lines by this time as other people will start to fill up their vehicles.

What to expect after 1 week

After 1 week of no power, grocery stores, supermarkets, and drug stores will already be out of stock of nearly all their inventory, at least things people will need since no supplies have been delivered in this time frame.  Gas stations will also be out of fuel and there will be numerous cars left stranded on the road.  Cash will also be useless by this time since people will start to realize they really don’t hold any value.  Stores that still have some supplies (those with heavy security that prevent looting) won’t accept cash as payment anymore. This is where bartering will start and you’ll be required to trade what you need for another in-demand item.  One note about stores: the smaller, family-owned and operated stores may still be open for business.  Larger corporate stores may have already been picked clean by this point as no one will be in charge of them any longer.

Clean water is likely unavailable since water treatment facilities need electricity for their equipment to work.  Those with generators would have run out of gasoline to power it, so there won’t be any more facilities that are working at this time.  This goes the same for hospitals, which will also be swamped with injured or sick people that need treatment. Without power and supplies, the doctors and nurses who are still there won’t be able to do much, except for basic first aid and medical assistance.

By this point, you’ll start to see people’s primal nature emerge as those who didn’t prepare and didn’t get enough supplies during the early parts of the outage will literally do anything, even kill for supplies in order to survive.  Armed groups or gangs will also begin to rise to try and take over the city or neighborhood and raid houses looking for supplies or anything that they feel like taking.  Law enforcement will be unavailable here since they’re just everyday people like yourself and they’ll likely stay home to protect their family.  Hospitals will already be useless at this point since the staff will have no incentive to stay either.

During this time, OPSEC and working with neighbors will be critical for your survival.  If you prepared ahead of time, it will come in handy during this situation and will allow you and your family to manage.

What you can expect after 2 weeks

Bugging out is the best option here, but not everyone will have an opportunity to leave or get out due to certain circumstances.  If you are not able to leave, you better have a long-term bug-in plan in place.

By this time, you have likely already seen that it is every man for himself.  If no help or relief came within the first week, then it is likely that there won’t be any help coming for quite some time.  Expecting help from the government at this point is a pipe dream, especially in a total collapse since they’ll be stretched thin, assuming they’re still functioning.  Politicians will probably make sure that they and their families are safe and secure first before they even think about saving other people…it’s just human nature.  So you are on your own here, only the supplies you prepared, the plans that you made, and the community that you established are what will keep you and your family alive and safe.

You can also expect other groups or communities to start forming, which you might need to keep an eye on to see if they’re hostile or if they can be a good trading partner. You’ll also need to start thinking about what you’re going to do for long term supplies since the ones you prepared will not last you forever.  Plans to implement gardens and crops on a large scale will be very important along with working with hunters in your area.  Don’t be surprised to see debris, garbage, and even dead bodies scattered about.  With no public service available to clean things up, all of these things are going to be a common sight when you or a member of your group goes on a surveillance trip.

What to expect after 1 month

One month after the grid-down scenario, things will only get worse from here. The city or region will already be depleted of any supply or resources left.  People who weren’t prepared and weren’t able to scrounge up any supplies will start to feel the effects of starvation.  The remaining survivors will be the people who were prepared, those who were able to establish a group or community, and then those that were not prepared which will turn into marauders.

If help or relief still doesn’t come after 1 month, you’ll need to start thinking of long-term survival.  And this is not only 6 months to a year type of survival, it’s the kind of survival where you have to accept that this is what reality will be and you and your group will need to start thinking about producing food and clean water or moving to a location where you can do it.

After 2 months of the grid-down scenario

It’s safe to assume that by this point, things will not likely go back to the way they were anytime soon.  Any long-term survival plans that you and your group have should be implemented soon.  You also need to start asking questions about the possibility of moving to a location where it is more conducive for long-term survivability, especially if you live in a city or urban setting in which supplies will be limited.

This is where having a mutual assistance group will really come into play since long-term survival in a collapse is not possible if you and your family are on your own. If you were able to establish your own community, great.  If not, see if you can find one that you can trust and join now before a grid down scenario occurs.  Being part of a group will make it easier to survive in the long-term since each member can pool their skills and knowledge together to make the dire situation livable and manageable for everyone involved.  A group of like-minded people that you can also trust can also help in protecting and keeping the security around your area in case other hostile groups try to take over or steal what you all have stored.

How you can prepare

When doing these types of videos detailing the potential for massive catastrophes to happen, I never like to end the discussion without providing at least a basic framework to help people start the discussion as to what to do next.  Many in the prepping community have spent years preparing and for those that are new or just beginning, here’s a basic outline that hopefully will serve as a springboard to get you started on your journey to preparing.

A grid-down scenario can happen anytime and without warning.  It’s best that you know what to expect when this happens so you won’t have to face the situation blind. Knowing what can possibly come will also help you prepare properly for this scenario.

This is wonderful Very informative and helpful.

As you are talking about banks and grocery stores down due to loss of power, the next words are “Lines at gas stations will be long as people will be needing to refuel their cars” The gas station is more reliant on electricity than a grocery store is. The only gas you will get is what is SUCKED out of the tank. And I hope like hell the individual knows and understands STATIC electricity, or there will be one hell of a big hole in the ground. Some of what you say is good. Some of what you say needs… Read more »