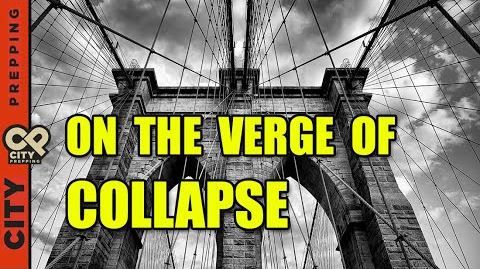 The basic physical and organizational structures and facilities, our buildings, roads, power supplies, waterways and the like needed for the operation of our country are in continual need of upgrade and repair.  Some of the critical systems we rely upon to ensure clean drinking water are over one-hundred years old.  Bridges that aren’t maintained or retrofitted with modern technological advances will eventually fall.  Levees and dams we rely upon to keep us safe, require constant maintenance, repair, and reinforcement.  At any given time, we can look out upon the American landscape and see a never ending to-do list.  Like a homeowner, we can either get to all the things on our list or postpone them and pray that our roof won’t leak or our AC won’t suddenly stop during a heatwave.  Now, with the SARS-COV-2’s crippling economic effect, massively decreased local, state, and federal tax revenue decreases, millions unemployed, and massive, emergency reallocation of funding away from long term projects like infrastructure, it is safe to say, like that homeowner, America has postponed much of its regular maintenance and repairs to critical infrastructure.  Are we, like that homeowner, simply praying our infrastructure doesn’t collapse before we can get to it?  Are we nearing a collapse right now?  Here are five infrastructure systems teetering on the edge and what you can do to protect yourself from their collapse. 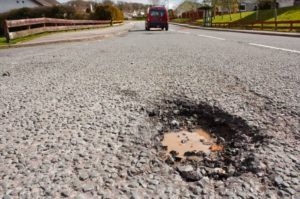 With stay at home orders and millions of American’s unemployed, much of traffic is light.  Currently, interest rates are low, and people need jobs.  It would seem like a perfect time to fast-track construction on our crumbling cracked and potholed roads and our cracked and crumbling bridges, but America is stuck until Congress or the President acts.  According to one study, out of the 614,387 bridges in the US, more than two-hundred-thousand are more than fifty years old. About thirty-two percent of urban roads and fourteen percent of rural roads are in poor condition.  In fact, there’s a eight-hundred-thirty-six billion dollar backlog of unmet capital needed to fix the highways and bridges in the US, according to a report by the US Department of Transportation.

Given the recent public health emergencies, the reallocation of funds to bail out businesses and citizens, and a continual onslaught of our regular natural disasters: wildfires, hurricanes, and even a derecho in Ohio, it is safe to say that many bridge and road repair projects have stopped and had their funding suspended and diverted.  Kicking the can down the road on these critical projects creates more real problems later on.  When America does return to work and fills the roadways, will the roads and bridges hold? 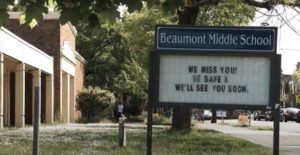 Schools have opened, closed, rapidly moved to online environments, and are left largely abandoned and unmaintained this school year.  We don’t really know if this current health emergency will forever change the way students go to schools and colleges.  As a result, school construction, and maintenance projects in many areas have been suspended indefinitely.  Even before the current national health crisis, schools in the US were not getting the funding they needed to maintain public school buildings.  About twenty-four percent of these buildings are rated in fair or poor condition.

Now, money is being routed away from repairing buildings and into online classes, servers, and tech training for teachers. When and if students do return to physical schools, they will be returning to the same unmaintained buildings in need of repair. Will they really be returning to the same education system? Many parents have opted for online learning, homeschooling, or charter schools. We really don’t know how many kids will be returning to physical classrooms, and we don’t know the true effects of this national health crisis on the American education system.

While poorly maintained roads, bridges, or schools in disrepair may not on their own lead to large scale loss of life and property, the dams and levee systems in America could catastrophically collapse.  Levees play a critical role in protecting communities from floodwaters, but they aren’t currently receiving the critical attention they need. During the next ten years, there’s a need for 80 billion dollars to improve these structures.  There were fifteen-thousand-five-hundred high-hazard dams in the US in 2016.  Hurricanes and storms continually threaten these critical water barriers even further. What happens to the nation’s infrastructure when one or more of these critical systems fail?  What’s worse is that while a bridge collapsing impacts those immediately in the vicinity, the failure of a dam or levee system may lead to an increase in the loads on other dam and levee systems. The associated domino effect may strongly influence the risk of flooding.  This was evidenced recently after Hurricane Katrina in New Orleans and most recently in May of this year when the Edenville dam failure led to the Smallwood Lake Dam overflow and Sanford Dam failure.  Although no deaths were reported, the disaster forced eleven-thousand people to evacuate and buried mid-Michigan under billions of gallons of floodwater.  Still, two thirds of the state’s dams have outlived their fifty-year lifespan, and eighty-five dams in the state are still considered to be a significant high-risk.  Michigan isn’t the exception.  It’s the norm across America.  A catastrophic, cascading collapse of these critical water protection measures could follow any natural disaster which brings copious amounts of rain.  Do you know what is upstream from you?  Will you be ready to evacuate if you need to?  Will your town and city be ready to receive millions of evacuees? 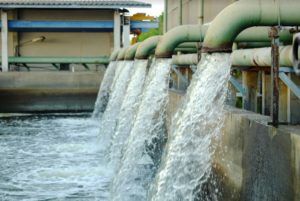 It is the circulatory system of our country.  The drinking water and wastewater systems keep our drinking water safe and carry away and treat our human waste.  One is the artery system bringing life.  The other is the vein system, carrying away and filtering out waste.  They function as a somewhat closed system.  In America’s system, though, some of those arteries and veins are like a person’s over one hundred years old.  It is estimated that one million pipes have been in use for almost one hundred years, and some even longer than that.  The aging system makes water breaks more prevalent, which means there are about two trillion gallons of treated water lost each year.  Many in Flint, Michigan still don’t have clean drinking water, and Flint may just be the tip of the iceberg.

Add to this that the US is estimated to need 532 new systems wastewater treatment facilities by 2032 just to keep pace with demand, and we have a recipe for a water disaster.  Clean water in America has been a rising crisis, and it will likely only become worse as infrastructure projects continue to be delayed, postponed, or cancelled.  One natural disaster causing waste water or groundwater to wash into clean drinking supplies could create a disaster that would take years to correct.

Water is one of the cornerstones of prepping.  Without an adequate supply, you’re desperate in hours and dead in days.  In addition to the water storage solutions we’ve recommended on some of my other videos, we highly recommend some type of rapid water boiling system.  If you are forced to evacuate, you probably won’t be able to take fifty gallons of water with you.  That’s four-hundred and seventeen pounds.  A solution is a portable means to rapidly boil undrinkable water and make it safe for consumption.  We have Kelly Kettle’s available at the cityprepping.com website right now because they can provide you safe, clean, drinkable water in minutes. 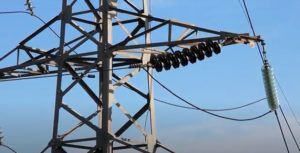 We take for granted that when we flip a switch or turn a dial the lights come on or the burners on our stovetop light.  We worry more about our smartphone’s charge than we do about the supply of energy we will need to charge it.  Though not as old as America’s water systems, the majority of the country’s electrical transmission and distribution lines were built in the mid-twentieth century and had a life expectancy of about fifty years.  Most are already outdated.  The infrastructure that supports electricity, like power plants and power lines is already failing in devastating ways.  Aging systems in California have already led to deadly and destructive wildfires, and rolling blackouts occur through every heatwave. The 2018 California fire called The CampFire was the deadliest and most destructive wildfire in California history.  It caused eighty-five fatalities and wiped out whole communities within the first few hours.  The towns of Paradise and Concow were almost completely destroyed, each losing about ninety-five percent of structures in town.  What caused the fire?  It wasn’t a lightning strike or some other random natural occurrence, it was ignited by a faulty electric transmission line.

If big power suppliers continue to avoid investments in infrastructure, it will only get worse. In southern CA there have been fifty-four days from June through August where temperatures were in the nineties or over one-hundred degrees, and the power company’s response has been throttling back services through rolling blackouts.  Frequent high winds result in the same rolling blackouts.  All across America, our aging power supply lines are teetering on the edge of failure.  Will you have the power you need to keep the heat on through the winter or the lights on in the darkness to stay safe and secure in your own home?  Try to live a day without power in your home and figure out how to survive should you find yourself without this critical resource.  Prepare accordingly.

America’s infrastructure is more than just the five systems we mention in this video, but we have focused on these five because they are the most glaringly obvious failures occurring right now.  When one system fails, it can cascade throughout that system and affect other systems.  When levees break, drinking water systems can become contaminated.  When power fails, wildfires can ravage the country.  When roads or bridges fail, critical escape routes in the event of a natural disaster disappear.  Even something as seemingly innocuous as crumbling empty school buildings can have a lasting impact on our education system and the United States’ standing in the world.  Be aware of how these systems overlap for you in your area.  What’s your plan for fresh drinking water?  What’s your plan for waste disposal?  What’s your plan for a fire, flood, or earthquake.  Now is the time to prepare because if even one of these systems fails in one place, it can have a ripple effect across America.

If you found this blog informative and helpful, please feel free to like and share it with your friends, family, and community.