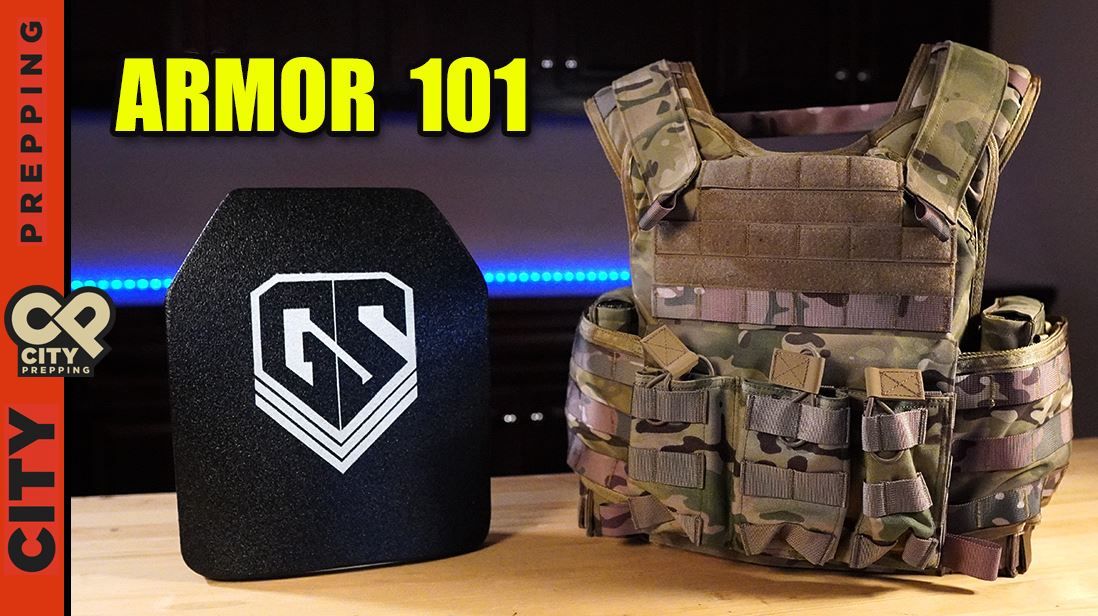 Body Armor Guide: 10 Things To Know Before You Buy It

In this blog, we’re going to discuss body armor.  There are quite a lot of options to choose from, and after collecting various body armor over the years, there’s a lot of things we wish we had known before we started down the path of purchasing armor, so what we’ll do in this blog is go through the 10 main considerations you should factor in when determining which setup is the right one for you.  We’ve tried to boil the information down to these primary points:

Cuts and Shapes of Armor

How Long Will Body Armor Last?

What Armor is Right for You?

After going through all of these items, you should have a strong enough understanding of the core basics of body armor to help you decide what option is the right one for you.

So let’s jump in!

When body armor is discussed, it’s typically in the context of protection against being shot by a firearm.  There are types of armor that can protect against knives and other sharp objectives, but most of this video will be focused on protecting you against gun shots.  While their design is to prevent bullets from entering vital parts of the body, you need to consider fragmentation, or spalling, which we’ll cover in a latter point.  The primary purpose of body armor is to cover the vitals: hearts, lungs, diaphragm, and head if you have a helmet.  In an engagement, body armor keeps you alive and in the fight.  According to the FBI Crime Statics for 2015-2019, the overwhelming majority of homicides in the U.S. were from handguns followed by knives or cutting instruments which leads us to the next point, NIJ Ratings.

The NIJ, or National Institute of Justice, is the research, development and evaluation agency of the U.S. Department of Justice.  In the context of Body Armor, they establish the minimum performance requirements and test methods for the ballistic resistance of personal body armor intended to protect against gunfire.  They released a report in 2008 that details Body Armor Classification levels.  They are:

One rating they don’t cover which you’ll often here is “IIIA+” which is not an NJI rating, but rather a vendor rating, which we’ll discuss briefly.

Let’s cover what each of these ratings entails.

The rest of this video will cover these 3 ratings which is what most body armor dealers sell:

Type III – protects against rifles.  For hard and soft armor, the rating must protect against 7.62 mm FMJ, steel jacketed bullets (U.S. Military designation M80) with a specified mass of 147 gr and a velocity of 2780 ft/s.

Type IV – protects against armor piercing rifles.  For hard and soft armor, the rating must protect against a .30 caliber armor piercing bullets (U.S. Military designation M2 AP) with a specified mass of 166 gr and a velocity of 2880 ft/s.

Now it is important to note, that these standards are based upon a specific velocity we just detailed.  If a bullet travels faster, the armor may not be able to stop the projectile even though the bullet has the weight defined for this rating.  Just something for you to consider.

One other classification of body armor you’ll often run across that isn’t defined by the NIJ is the III+.  These ratings are typically proprietary to a manufacturer and exceeds the requirements for level III armor according to the manufacturer.

Bullet splash is what most shooters will call “spalling”.  When a projectile hits armor, the bullet will essentially disentegrate and send fragments out on the sides.  This is obviously problematic as you don’t want high velocity pieces of metal going into your neck, face or eyes.  An artery could easily be cut this way and the wearer could be incapacitated.  Manufacturers get around this issue by adding an “anti-spall” coating, designed to protect wearers from the fragments after a bullet has impacted against body armor.  You’ll see companies on their website using proprietary names for their solution to bullet splash which captures the fragments after impact.  A lot of AR500 plates you can find on the market may not offer this level of protection and will charge an additional fee, so when shopping options, be sure whatever armor you pick up, it has this feature.

Let’s look at the different types of material most often associated with body armor.  Again, be sure to check the NIJ rating before making a purchase on any of these body armor materials to understand what armor level you’re getting to meet your specific needs.

This is a light-weight and flexible option.  If you’re going to need something you can wear all day with minimum fatigue, wear under a shirt or jacket, and concealability is important, this may be the best solution.  For these reasons, this option is very popular with law enforcement.  They are typically rated for level IIA, II, and IIIA which all protect against handguns.

Steel is a very cost-effective material for hard armor. It is commonly used in level III body armor and is often used for targets.

The advantages it offers is that it can take multiple hits and still be useable.  Have you ever purchased AR500 plates and shot them at the range?  You get a lot of use out of them.  The downside of this option is the weight and if you’re going to consider wearing body armor on a daily basis, this is probably not the direction you’ll want to go.  For example, if you need step up to a level IV plate, that would weigh about 13 to 15 pounds per plate.  With 2 plates and a carrier, you’re well over 30 pounds which would severely reduce mobility and inevitably lead to fatigue and back pain.  If you are on a budget though, this is probably your best bet.  Most of my armor is actually level III as my budget has been somewhat limited when I’ve purchased body armor, so there’s nothing wrong with it, but you need to think twice if you foresee you’ll be wearing this a lot.  The big upside is long term durability, the ability to take multiple rounds and still work, and it just more durable even if dropped.  Plus they are the thinnest of the body armor options.  Just be sure to get the antispalling option when purchasing this.

Ceramic is lighter than steel, thicker, and more expensive.  Ceramic/composite armor plates are placed in body armor plate carriers and worn to protect against bullets, projectiles, fragmentation/shrapnel and stab threats.  The U.S. military issues ceramic plates to the infantry in conjunction with Kevlar.  The downside is that most ceramic/composite body armor plates cannot withstand multiple hits to the same area. Composite/ceramic armor has a shorter shelf life and are less durable than traditional steel plates.  Fortunately, the price of these plates has dropped over the years. If we were to step up from steel, this would be the next option.

This is a newer technology for body armor.  It’s more expensive than ceramic, but slightly lighter and less thick, and can actually float in water.  These, like ceramic can take multiple shots but unlike Steel, once they’ve been shot, they’re compromised and no longer usuable.  This particular plate, the Gladiator Solutions level IV plate has Round Dispersion Technology, a proprietary approach which evenly disperses kinetic energy from a round’s impact to reduce compromise and trauma

Cuts and Shapes of Armor

For shapes, you’ve flat versus curved which is more comfortable.  There are also side plate options if you want to protect the side of your chest.

How Long Will Body Armor Last?

What Armor is Right for You?

Would have appreciated your recommendation for City and Rural suggestions on what protection we should wear and the best pricing and purchasing companies.

Worked at federal agency 14 years as armed security. After 2 yrs we moved from revolvers to semiautomatic pistols along with Kevlar armor with the steel chest plate insert. Those vests are easy to wear weight wise but ungodly hot in the humid summer climate. I wore short sleeved shirts all winter comfortably. The sour odor required extra carriers to rotate for hygiene. I was always glad to be wearing one tho whenever searching a building during nights after an alarm was received after working hours. A vest and a Remington 870 with 00 buckshot helps alleviate a lot of… Read more »

Recently found your YouTube channel and love it! I live in a very urban area but have a small lot with berry bushes and a small garden space. You’re just what I need to prepare. I’m 65 years old and may not make it out due to my age and medical issues but I’m doing this for my sons and their families. I’ll be the older person that they have to leave behind (like in all the disaster movies) but it will make me feel good I’ve done my part in helping them to hopefully survive. Thank you so much!

I’m 72 yrs and have many medical issues. Been following your channel for awhile. It’s had when your on a fixed income and alone. Been preparing for awhile with food and water but can’t afford much else. Will do what I can though.Living in the city was not my idea but I’ll try my best to survive with the grave of God maybe I can make it.