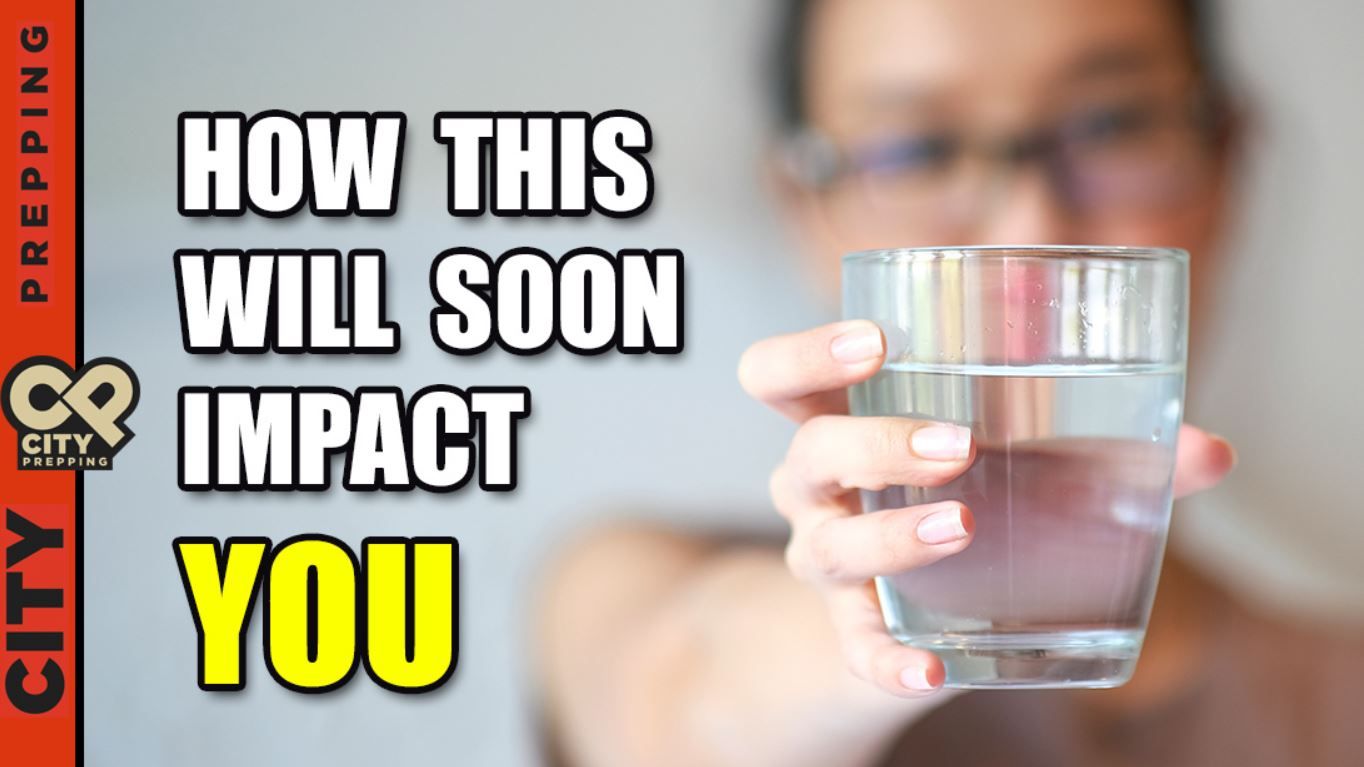 Why the Wealthy Are Buying Water Rights

If there is a way to monetize and bet on anything, the rich on Wall Street will figure it out.  Water is their latest monetization of our natural resources, and it could be an early stage of a larger takeover.  Why are the wealthy buying up water rights and seeking to profit by controlling the flow of this natural resource?  Is it just greed, or do they know something we don’t?

We often take for granted our ability to access water.  As long as the tap comes on when we lift the handle, we never question that the flow could be interrupted or tainted.  We only really notice when we lift the handle, and no water comes gushing out.  By then, it’s too late.  In this video, we will discuss some recent power grabs on our natural resources and what you should do to prepare yourself now for an uncertain water future.

Can We Run Out of Water on a Planet Full of Water? 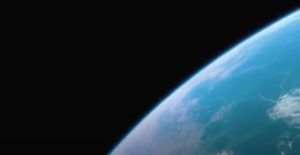 71% of Earth’s surface.  There are 326 million trillion gallons of it on and in the planet.  96.5% of the water is ocean water, and just 3.5% is fresh water.  Of that 3%, 69% of that water is locked up in glaciers.  Another 30% of that freshwater is underground and usually requires costly extraction.  That leaves 114 million billion gallons of readily accessible freshwater, not necessarily drinkable water, but water nonetheless.  That sounds like enough, but it represents just 1% of the Earth’s water for every man, woman, child, and animal on the planet.  That 1% of the water has to also serve every agricultural and industrial need on the planet.  In most cases, it also needs to be filtered and treated before it is safely consumable.  So, though there is plenty of water on the planet, not very much of it is drinkable.  Not very much of it is accessible, and the distribution methods are easily manipulated, legislated, and monetized.  That’s never good for the common man.  Nestle Water, for instance, extracted 36 million gallons of water from a national forest in California in 2015 to sell as bottled water, even as Californians were ordered to cut their water use because of a historic drought in the state.

If the wealthy could monetize air, they would.  As preppers, we know that water is one of the most essential ingredients to our survival.  The monetization of any resource can cause long term problems for people.  What if one of those billionaires manipulates the market by withholding or restricting the free flow of water?  What if one of those banks or investment firms chooses to drive up the price of water or sell off the rights altogether to someone other than your municipality.  Recently, the Nasdaq Veles California Water Index, ticker symbol NQH20, was established.  Farmers, hedge funds, and municipalities alike can now hedge against — or bet on — future water availability in California, the biggest U.S. agriculture market and the world’s fifth-largest economy.  But if you want to trade on those futures, you are out of luck.  You have to be a large-scale operation.  Essentially, a large farming operation can pre-purchase shares of contracts at a fixed market price.  If a drought occurs and water prices go up, the operation can lock in the water they need at a lower price.  While that may seem innocuous enough, the cost disparity probably gets passed on to the cities and individual consumers.  During a drought, water rights could be secured by farming operations and squeeze out towns and cities.  If other areas follow suit, could you be ticketed from drawing from your well because it’s tied to a corporately owned aquifer?  It’s easy to imagine how many ways the monetization of water as a commodity is a dangerous first step in government and corporate overreach and intrusion.

Mega-banks and investment firms such as Goldman Sachs, JP Morgan Chase, Citigroup, UBS, Deutsche Bank, Credit Suisse, Macquarie Bank, Barclays Bank, the Blackstone Group, Allianz, and HSBC Bank, among others, are consolidating their control over water. Wealthy tycoons such as former President George H.W. Bush and his family, Hong Kong’s Li Ka-shing, Philippines’ Manuel V. Pangilinan, and others are also buying thousands of acres of land with aquifers, lakes, water rights, water utilities, and shares in water engineering and technology companies all over the world.  At the same time, the super-wealthy are consolidating their controlling interest over our water. Complicit governments are legislating your rights to access and accumulate Earth’s free-flowing resources.  In Colorado, for instance, it is entirely illegal to harvest rainwater.  Colorado House Bill 16-1005 made it illegal to collect rainwater under most circumstances to safeguard senior holders of Colorado water rights.  It falls from the sky onto your property, but it is owned by someone else the minute it touches the Earth.

Even if you hold the mineral rights to the water below your property and you are tapped into a well at a decent depth, as aquifer levels are reduced by farming, industrial, or pumping operations in the same area, you would need to drill deeper and deeper to retain access to water.  At between 15 and 30 dollars per foot average drilling cost, small-time landowners are quickly priced out of their own wells by their wealthier neighbors.  This has already played out in real-time with regular folks living in northern California’s wine and agricultural areas.  Water rights are conveyed as real property interests using the same formalities as real estate, but in most cases, everyone is tapped into the same source.  If fracking, mining, or industrial operations pollute that source, they spoil it for everyone.  So, merely having access to a water source is not enough.  You should be at a confident enough depth, able to filter and purify even the freshest water sources if they should become polluted. You should consider alternative water sources like storing water or precipitation collection systems.  One is none, and two is one, so once you have primary systems for maintaining water supplies, build redundant systems.  I have water stored.  I am currently building out my rainwater collection system again, and I have regular filtration methods established.

The fact is that water is being restricted, legislated, and monetized more every year, and the rich are grabbing up the rights as fast as they can.  They are in full acquisition mode at this point.  Buying up land with the mineral rights for an aquifer may not seem problematic at this point; however, if a large pumping operation is built on top of it, everyone else’s wells and taps will have to be deeper.  That water baron can now distribute the water to municipalities at whatever price he sets.  During periods of drought, when water levels are already low, it is easy to imagine how one person’s control over a large water area can lead to huge profits.  This is why the super-wealthy are snapping up water, water contracts, water rights, and governments letting them do so all over the world.  Two billion people now live in nations plagued by water problems, and almost two-thirds of the world could face water shortages in just four years.  Even on a planet covered and steeped with water, water is a resource.  As a resource, it can be monetized and controlled, and you could be denied or deprived of access to it.

What Can You Do Now? 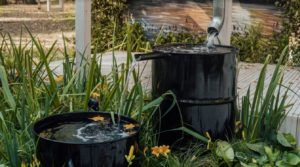 If you have the means and area to set up a rainwater collection system or rooftop precipitation collection system, now would be a good time to start making moves in that direction.  I’ll post a link in the cards above where you can view a video I created detailing how to do this.  If you own a piece of land and have considered drilling or repairing a well on it, now would be the time.  If you have a slow, natural bubbling spring on an older property, now might be a good time to begin restoring it to its pioneer day glory.  If you have always wanted to set up a hydroponic vegetable garden in your back acres or garage, now might be the time to do so.  The reason being that new laws that might later restrict your ability to do so will likely have to grandfather you in to pass the legislators.  Even in the suburbs, a rainwater collection system can dramatically increase your odds of survival through disasters that may stretch into weeks or months.  As a side benefit, your water bill will be significantly decreased if you also use that water for irrigation and gardening or even washing your car.  Suppose there are no real means for you to tap into and access the free and natural water flow in the environment. In that case, it is imperative that you have a plan to store up water in your home and have a means to collect, filter, and treat water from wild natural resources.

Just recently, officials in Florida revealed that the water treatment plant’s facilities were hacked. The hackers increased the sodium hydroxide levels from one hundred parts per million to eleven-thousand parts per million.  If you’re not familiar with sodium hydroxide, it is more commonly known as lye and is the primary ingredient in drain cleaners.  If the real plant operators had not been monitoring the systems and hackers also overrode the sensors and redundancy programs, an entire city could have been poisoned.  Whether you are in the country or the city, you should be filtering your water for health and safety reasons.  You can’t rely on your little refrigerator filter because it isn’t very effective, and it wouldn’t work in a grid down disaster anyways.  Even the most natural sources can be polluted by agricultural and industrial operations miles and miles away from where you are tapping into it.  So, the investments you make now in sound filtration systems will pay you dividends when disasters strike.  I have been using a Berkey water filtration in my home for many years, so I know my family’s drinking and cooking water is safe and free from all contaminants.

Even if you are in tight living spaces and can filter and treat water, you should have some water stored up.  Some recommend at least seventy-two hours worth.  That is about three gallons per person.  I would suggest an absolute minimum of a week’s worth and optimally a month’s worth or more.  That is between seven gallons per person and thirty gallons per person.  Even in tight spaces, this can be achieved with ten WaterBricks filled and placed under a bed.  You can also line your car’s trunk area or place several in your basement or loft spaces.  Whatever is right for you, make sure you have a supply of personal water stored for you and your family.  Then, no matter what tycoon tries to interrupt the flow of water or what disaster befalls you, you will have at least a little to get by on until systems can return to some type of normality or other sources can be found.

The capitalization and exploitation of the resources of our planet will continue.  As I said, if someone could tax the air you breathe and make a profit, they would.  Even when natural disasters occur like the ten-year drought California suffered, corporations are still bottling and selling water without restrictions.  As the super-wealthy buy up water rights and water sources, you should be taking steps to insulate yourself from their efforts to profit off your basic survival needs.  Store up a personal supply, cultivate and establish alternative sources and collection systems, have filtration and treatment means on hand.  Ensure that you will be able to maintain your free flow and access to water regardless of disaster or robber baron.  I can assure you, the super-wealthy are not buying up the water around the planet for altruistic purposes.  They are doing so because they see a profit from it.