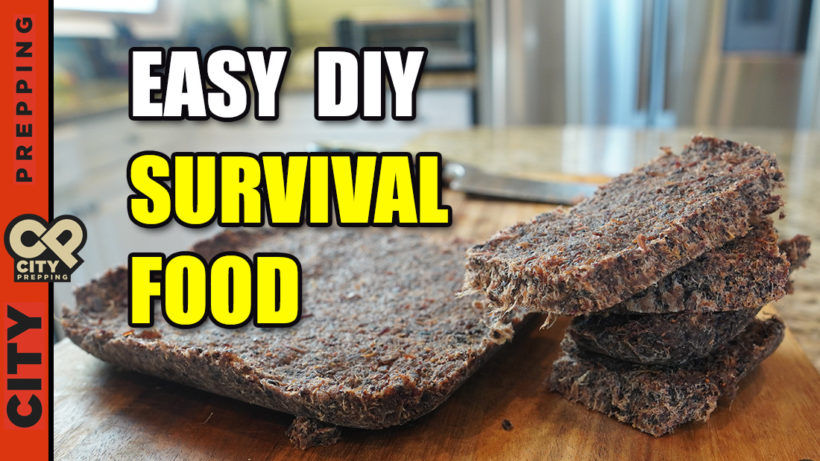 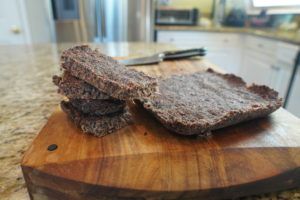 y settlers all owe their lives to pemmican.  It’s a dense, high-protein, high-energy food that can be stored easily on a stable temperature shelf for an incredible five years.  It has the right mix of fats, proteins, and calories to keep you going long into the aftermath of any disaster or for many miles down any trail.

There are hundreds of variants to this ancient food, but most are generally a mix of meat, berries, and fats.

For this recipe, you simply need about 3 to 5 pounds of lean beef, 2 cups worth of dehydrated berries, salt, water, and tallow.  You can either obtain your tallow from the store or render your own, as I show you how to do in another post.   You will also need a dehydrator or oven with a low setting and a food processor, or else you will have to powder both your dried meats and berries manually.  A cookie sheet, wax paper, and a bowl and spatula are everything you will need. 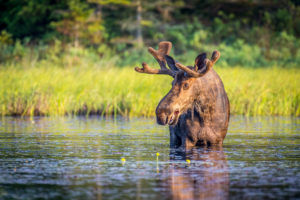 For this recipe, I am using beef because living in the suburbs doesn’t allow me to use and eat elk, moose, bison, caribou, seal, deer, or other meats.  If you have access to any of those meats, your pemmican will taste even better, in my opinion.  Generally, everyone has access to beef, so we’ll use it here for our basic recipe.  If you want to make your beef taste a little gamier, it is common practice to add organ meat to it.  This will also significantly boost the nutritional quality of the food.

Take some on your next hike or camp out and see just why this is considered the ultimate energy food.  Enjoy!

Pemmican, this ancient food, is the perfect super-food for preppers or anyone on keto, carnivore, or paleo diets.  At room temperature, pemmican can generally last from one to five years, but there are many stories of pemmican stored in cool cellars being safely consumed after a decade or more. If vacuum sealed, it may remain edible after more than a century.   In the days of the pioneers, it was packed tightly into rawhide bags that could weigh almost one hundred pounds when stuffed.  This helped to protect the food when so tightly packed in a large mass void of circulating air.  The same is true if you were to can it in a pressurized water bath.  How you store it and your primary ingredients are the most influential over the shelf-life.   Most people today commonly store their pemmican in the refrigerator or the freezer.  Fats will turn rancid over time, and this is primarily because they will oxidize with the air.  In its solid form, fat has been used as 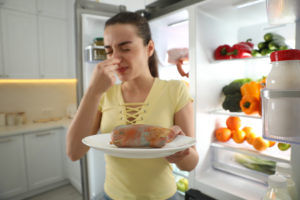 a preservative for centuries.  The nice thing about fat as a preservative is that your nose will tell you if your pemmican is no longer safe to eat.  Rancid meat has a tangy, putrid odor.

Adding nuts and other ingredients can also impact shelf-life.  This is also because of the oxidation of their oils.  If you intend to make pemmican to eat over a year’s time, put in whatever suits your taste.  If you want to store it for an extended period, use high-quality game meat, the cleanest tallow you can find, and only berries.  This will give you the most extended shelf-life without sacrificing any flavors.

Nutritionally, pemmican has everything you need to keep you moving during times of high energy expenditure.  Depending upon your ingredient mix, the average nutritional value for 1 ounce is around 130 calories, less than one carbohydrate, 11 grams of high-energy fat, and 7 grams of protein.  It’s 80% fat and 20% protein for the basic recipe.

Pemmican was typically eaten raw, though the taste and consistency may be too challenging for many, or cooked.  It has a taste similar to beef jerky but with much more flavor.  Because of the liquid fat content, it can quickly start as a base in stews or a starter in your cast iron pan.  Add a Mirepoix (meer . pwaa), as the French trappers probably did, a mixture of two parts onion to one 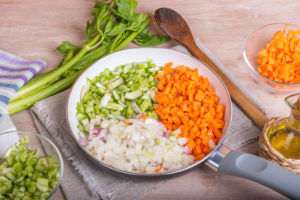 part each carrot and celery.  The Italians call this a Soffritto with the addition of garlic as well.  In reality, you can add to your heated pemmican potatoes, wild leeks, mushrooms, seaweed, dandelions, bamboo, prickly pear cactus, fiddleheads, broadleaf plantain, cattails, beans, or whatever else you forage for or pick up along your trail.  You could even add additional meat.  Use it as a base.

Take this basic recipe and the earlier post on tallow, and make your first simple batch of pemmican.  Learn the skill now and build upon it to develop your own recipe that best suits your palette.  Let me know in the comments below how it turned out and what method worked best for you.

Thank you for this info. I am definitely going to try this, especially in making soups

would you be able to use bacon grease instead of tallow?

add toasted ‘oily’ sunflower seed meats,you can pack your pemmican into a ‘beef bung’ or other large sausage casing and hang in a cool place,it will dry over time and it lasts even longer..﻿