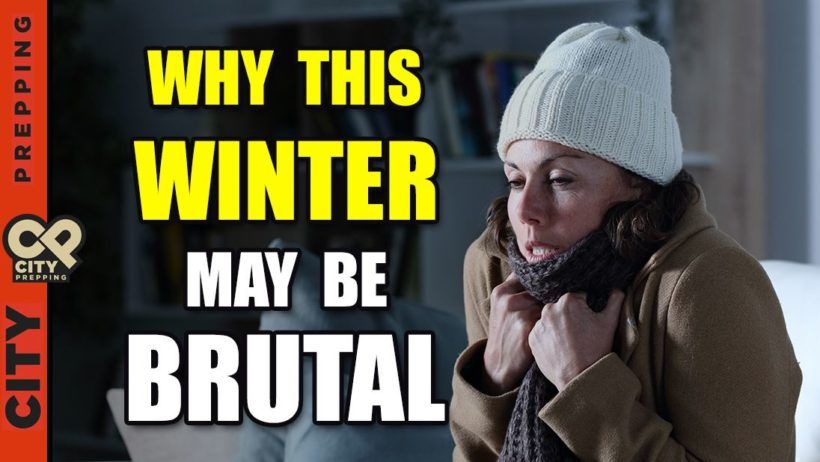 Signs The Worst Winter in Years is Coming

“You think winter will never end, and then, when you don’t expect it, when you have almost forgotten it, warmth comes and a different light” – Wendell Berry.

It’s hard to think about winter when many regions are broiling in the sun right now, but there are enough indicators out there that this winter may be particularly brutal.  We may have another record-breaking winter in the northern hemisphere.  Scientists, climatologists, and meteorologists are all reporting a perfect storm of conditions coming together to brew up a winter as we have never seen before.  In this video, I will explain these conditions as best that I can.  I am not a meteorologist, by any means, but I can follow the science enough to know that if you’re in Europe or the United States, you should be paying attention.

And, as I have shown in other blogs, our aging infrastructure isn’t equipped to handle the extended periods of extreme cold that are currently being predicted.  Just ask anyone in Texas about that, as almost the entire state was left without power for many days this past February due to the extreme cold.  Ice on sagging power lines and frozen pipes could result in an outage that can quickly escalate to a disaster for many.

At the end of this video, I will give you a warning I would encourage you to heed.  But for now, here’s why this winter might be especially brutal…

The first piece of this colder than average weather prediction is the polar vortex.  A polar vortex is a low-pressure, vast expanse of swirling cold air that is parked in the polar region. During winter, the polar vortex at the North Pole expands, sending cold air southward. This happens pretty regularly, but not all cold weather that comes your way is caused by a polar vortex per se.  When a powerful polar vortex forms like the one we are seeing beginning to form even now, it spins in a counterclockwise direction and is typically held at bay because of the jet stream moving east to west.

THE QBO AND THE NORTH ATLANTIC JET STREAM

The Quasi-Biennial Oscillation or QBO, also known as the “Heartbeat of the Atmosphere,” is a strong wind anomaly over the tropics.  Essentially, strong winds in the stratosphere travel in a belt around the planet’s equatorial zone.  Around every 14 months, the winds completely change direction.  Right now, the QBO is in its east mode.  The QBO is often called the Heartbeat of the Atmosphere precisely because this wind shift is so regular.  This year, the shift is slower than average, and an easterly QBO will be dominant this winter.  This continued easterly direction will result in a colder than typical winter.  If you thought last winter was particularly cold, know that it was when the winds were going west, not east, so this winter, so far, will be worse.

That brings us to the North Atlantic Jet Stream.  When the QBO is dominantly easterly, the jet stream is weaker.  This means colder winters in Northern and Central Europe and the United States.  And, if this all sounds complex because it is, I am actually over-simplifying these mechanics quite a bit in an attempt to make them understandable.  I’m not even going to go into the Stratospheric Warming Event that factors into this as well.  This is just the basics.

Back to the jet stream, though, a weakened one like we see now, historically, indicates a La Nina weather pattern.  La Nina is a cold phase of a large and powerful oceanic oscillation.  A La Nina winter has around 60-75% chance of producing a stratospheric warming event and a milder winter from a moisture standpoint.  However, when it is accompanied by that easterly QBO, it can dramatically change weather patterns.

WHAT IT ALL MEANS

So, an early forming large polar vortex, an easterly QBO changing slowly, a weakened jet stream, and a forecasted La Nina season is the perfect storm of events that can result in exceedingly cold temperatures swooping down from the north pole and just sitting over large swaths of regions for an extended period of time.  We saw that in Texas in February, and we could see it with even more intensity and for a longer duration this year.  All taken together in the United States, you can expect wetter than average winters in the pacific northwest, great lakes, and northeast.  You can also expect a drier than usual winter for the rest of the country and frigid polar air plunging deep in the US through the central plains.  From Montana to Texas over to Florida and up to Ohio, it’s looking to be cold, cold, cold.  January and February of 2022 could see a repeat or even worse of the cold snap that took down the Texas power grid.

THE PROBLEM FOR YOU 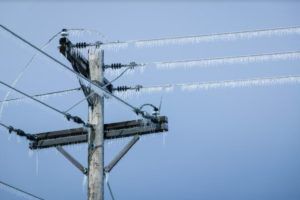 If you think the power companies in Texas and throughout the midwest have invested heavily in correcting the cold weather’s problems in February, you would be wrong.  The same thing can happen again in Texas or other regions throughout the central plains.

The challenge is that our aging infrastructure isn’t built for sustained periods of cold like that.  We saw that unfold for the second time in Texas’ disaster of February this year.  We will very likely see it again.  Snow and cold can wreak havoc on power lines and water lines.  Combine any natural disaster with that, and, at best, you’re looking at an indefinite power outage as the temperature drops to deadly levels.  You have to prepare now for that, especially if you live in a particularly cold-prone area.  I realize that winter is a ways off, but it will be here soon enough, and with an already teetering supply chain, it’s best to get your affairs in order.

THOUGH YOU PREPARED, YOUR NEIGHBOR DID NOT 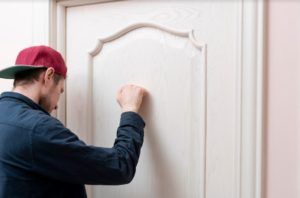 Remember this year that though you are taking steps to be prepared, your neighbor will not.  When the temperatures drop and the power goes out, the most important thing to remember is that your neighbors are assets and liabilities.  Banding together makes it easier for everyone involved.  Countless stories were coming out from the Texas Snowpocalypse of neighbors pooling resources, lending extras, and coming together to stay warm and find a solution.  That’s great.  A warm house starts with a warm heart.  But, your neighbors are also your most significant liability.  If you have a stack of wood or a spare propane tank on the side of your house and your neighbors have none, how long do you think it will last?  Desperation allows many to justify taking from anyone they feel has plenty.

Keep your preps a well-guarded secret, but start the conversation, especially with any neighbors you suffered along with through a previous disaster.  Start the conversation by saying, “Hey, I heard this coming winter might be the coldest in decades, colder even than last year.  Are you doing anything special to prepare for that?”  This will plant the seed and maybe light a little fire under them to get busy preparing.  They might do nothing, and they might turn to you after a disaster.  It will be much easier to send them packing with a clear conscience if you have given them the heads up and the opportunity of foresight.  If they do prepare along with you, you might split costs and resources.  Perhaps you supply the generator, and they provide the meals.  You are stronger in a group or partnership.

Assuming your little warning does spark some action in your neighbors, friends, and family, you have taken the first steps towards building your own mutual assistance group.  You have begun to lay the groundwork wherein post-disaster you will be able to pool resources– both physical and human. Even if you don’t overtly partner up, a prepared neighbor is less likely to knock on your door and insulates you a little from others. You could lone wolf it, as they say, and to some extent, you should, as you keep your preps secret, shades drawn, and so forth; but you will be stronger in a partnership with like-minded people.  You have less chance of being overrun that way if your neighbors become genuinely desperate.  I can say with absolute certainty that those even having suffered through recent disasters will still not learn the lessons they should have from those disasters.  Many will be desperate and caught off guard, though the warnings were broadcast well in advance.  The storm might be bad, but your neighbors in the aftermath may be far worse.  Though you prepared, your neighbors won’t.  Start the conversation early and prepare to keep your preps under wraps.

The folks who suffered through five or more days of no electricity in the recent Texas disaster will be the first to tell you how critically important it is that you prepare now for the bitter cold that could begin to strike as early as mid-October.  You can’t rely on energy companies more concerned with profits than properly insulating equipment, and you can’t rely on the government to rescue you after a disaster.  The fact is that our power grid system was built at a time where we just weren’t experiencing so many sustained periods of extreme weather.  Though the sun may still be shining brightly and warmly outside, you should be planning for winter right now.

What’s your take?  I would love to hear what you did to survive the coldest you’ve ever been.  Did you live through a power outage and bitter cold?  How did you keep everyone warm?

And as always, stay safe out there.