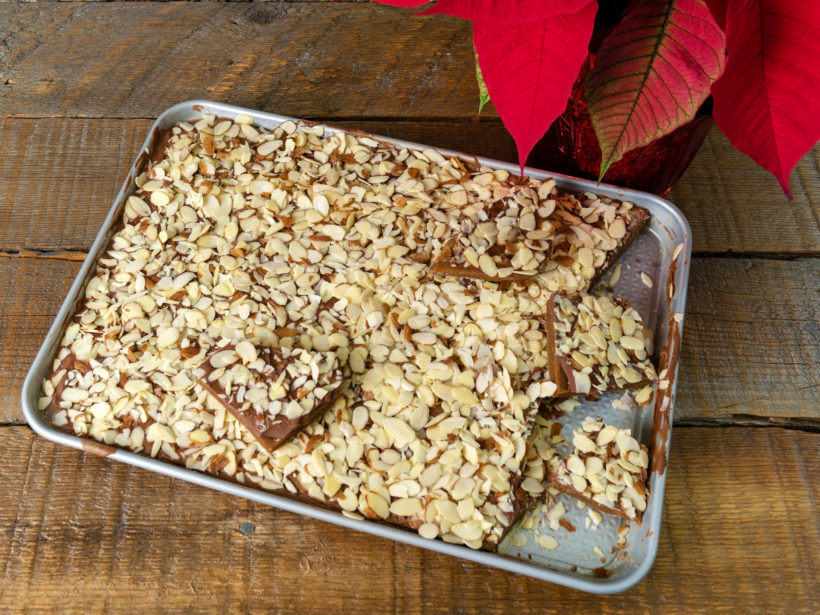 *  And…….just like that…….it’s cold.  Okay, it’s not Indiana cold, just California cold.  Even though we’ve had frost on the lawn, my tomatoes have not died yet.  I have maybe 2 dozen green tomatoes and I’m just hoping they will ripen (at least blush so I can bring them inside).  I got ONE zucchini, and ONE yellow squash, so we are having them for dinner in a recipe I made up.  I call it Andrew-ala-Toni because it was my son’s favorite dish when he was little.  The recipe is below.

*  My peaches that I canned back in 2016 are looking sad.  But I didn’t want to just throw them away.  So into the blender, they went (after I drained most of the water).  I didn’t need to add any sweetener because I used a medium syrup when I canned them.  I blended them up, spread them on sheets for the dehydrator, and in they went.  This is my second batch.  The fruit leather from the first batch is really good!!!  I’m including it in all my Christmas boxes for my kids.  What child doesn’t like fruit leather?  Now the jars are freed up for other things.

*  I want to share that I finally made a successful batch of almond Roca!  I’ve tried several times and could never get it right.  This year, I found the winning recipe (see below).  I’ve made three batches so far.  Chocolate chips are on sale at Winco for less than $2

*  My lettuce is flourishing!  In fact, it’s time for me to pull out the lettuce that is bolting and plant 2 new tubs.  It takes 4-5 weeks before you can harvest the lettuce.

*  Thank you to Paul Diffley for sending me this link:  5 Imported Foods From China You Should Avoid 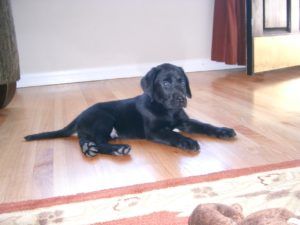 Other than the food, what will your pet need if you can’t get to the store?  Medications?  Ask the vet for an extra month or two.  Kitty litter?  We do have a litter box inside, but mostly the cat roams the neighborhood.  So we don’t have any litter stored (although it does have other uses, especially in emergency sanitation situations).

What if you have to evacuate?  Is your pet’s crate handy and something you can toss in the car?

Just add whatever you might need to your 72-hour kit.  Do it now while you are thinking about it.

Get an extra box of trash bags and stick several in the car.  Then put the rest in the garage. 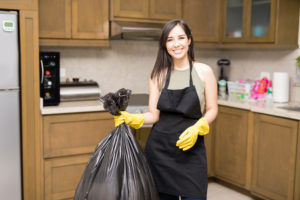 You could use 1 pint of canned chicken.  OR you could cut and fry 1-2 chicken breasts.  I bought grilled chicken already cut in bite-size pieces from the Winco deli section and tossed them in the frying pan with a little oil to brown a little more.

1 jar Spaghetti sauce.  I used a jar I bought in 2019 and it looked good.  While I was up on the top shelf, I saw one jar that looked a little brown.  I’m going to toss that one.  The sauce is probably still good, but it isn’t pretty.  No one will want to eat it.
1 zucchini cut in big chunks
1 yellow squash cut in big chunks
1 pkg mushrooms cut in big chunks

Into the chicken/spaghetti sauce mix.  Cover and simmer until the vegetables are cooked how you like them.  (I don’t like mine crunchy)

Serve the chicken over the pasta. 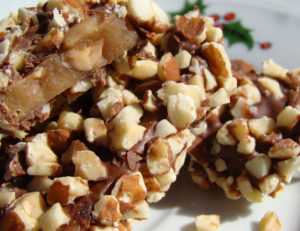 Prepare a cookie sheet by spreading butter to cover the bottom.  Sprinkle 3/4 c. finely chopped almonds over the bottom of the pan.

In a saucepan:
1 pound of butter
1 pound of brown sugar (I had to weigh this on my digital scale)

Mix together and heat.

Now….here’s the secret.  You need a candy thermometer.  Boil and stir until the candy reaches 300˚.  Then pour it out over the almonds.  My first batch didn’t reach the sides of the pan and it was too thick in the center.  The second batch-I poured it closer to the edges and then spread it out with a knife.

Sprinkle 2 12-oz packages of chocolate chips over the hot candy.  Let it melt, then smooth out with a spatula.  In the first batch, I used semi-sweet chocolate.  For the second batch, I used milk chocolate and I like it better.

Sprinkle another 3/4 c. almonds over the chocolate.  I found that I needed to press the nuts into the chocolate or they just fall off when it cools.

Finally, I’m always looking for a way to use up applesauce.  I canned a lot of it several years ago, and it is starting to brown.  I found this one from “House of Nash Eats”

In one bowl:  dry ingredients

In a separate bowl:

Make a well in the center of the dry ingredients and add the wet.  Stir just until combined.

1 cup finely chopped apple – fold in and divide evenly between 12 muffins.  Either spray the muffin tin with spray or line with paper liners.

Combine in a small bowl then sprinkle over each muffin.  Bake the muffins for 15-20 minutes until a toothpick inserted into the center of the muffins comes out clean.

I enjoy all the great information you give us. A few month ago you recommended an apple peeler/ slicer. I got one and have used it lots. Thanks!