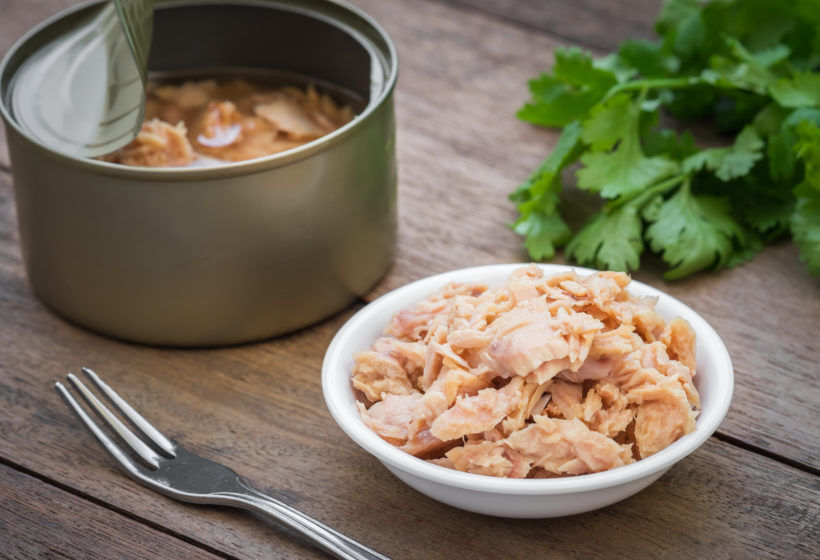 **  What to do when the power goes out.  If it’s just for a couple of hours, then no worry.  But what if it’s for days?  Your first concern is probably with the food in your refrigerator or freezer.  Have you considered a generator but are not sure what to buy?  Check out this generator comparison and review chart:  Our 10 Best Generators in The US – August 2022 | BestProductsReviews.com 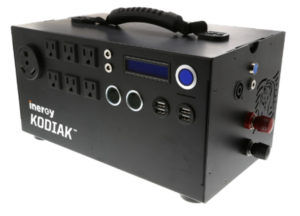 Once you start talking about generators, you will need to know a little about watts.  The average refrigerator can take up to 780 watts.  So a 2000-watt generator will be enough.

But generators run on fuel:  either gasoline or propane.

And, they are noisy.  We had a very sad incident several years ago where the power went out in San Diego.  Someone had a generator going.  A thief heard it, confronted the homeowner, and killed him over the generator.  Hard times can bring out the worst in people.

If you want to get solar panels, remember they do NOT “store” power.  The solar panels generate electricity which is then stored in heavy-duty batteries.  You use the batteries to power your appliances.  This works great as long as the sun is shining.  And remember that solar panels generate direct current electricity, and all your appliances run on alternating current.  So, you will need a converter.  This is actually called a sine converter.  Here is a company that is great to work with and can set you up with an easy system:  Find your energy freedom, DIY off grid solar system | Renogy

Me?  I try to have enough stored so that if I lose all the food in my freezer, I will not go hungry. 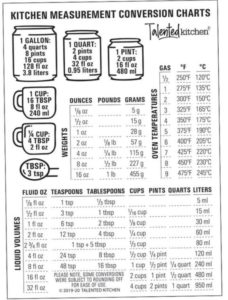 ** I liked this conversion chart.  I’m pretty good with cups and ounces, but when it comes to Tablespoons and grams, I need help.

** I’ve spent two days canning potatoes.  I love opening a jar of diced potatoes and frying them up for breakfast.  So, I bought 3 10-pound bags of potatoes for about $4 each, and ended up with 8 quarts and 37 pints of potatoes for under $12.

I have dehydrated potatoes (and have even dehydrated my own potatoes).  They are a lot less bulky of course, and much lighter and easier to store.  But dehydrated potatoes take some rehydrating.  If you are using them in a casserole that will be baking for some time, they are fine.  But to rehydrate and fry for a meal might involve some boiling to help the rehydration process.  Dehydrated potatoes will probably store longer than canned potatoes, but are a little more work when you want to use them.

** I noticed that the 50 cent cans of vegetables are now $.75.  That’s a 50% increase in cost.  Sheesh.  I feel like we are suffering from a very slow death as the prices rise and rise.  Who knows where this will end?

GARDEN HAPPENINGS:
**  I finally pulled up three of the four cucumber plants.  I harvested the lettuce seeds and have them drying in paper bags.  I’m still spraying for powdery mildew and bugs.  I brought in 6 ripe tomatoes this morning.  They are small (about 2-3 inches), but they look good and will taste great on a sandwich.  The indeterminate tomatoes are about 9 feet high.  The determinate tomatoes are winding down.  I see a lot of new buds on my pepper plants, so I’m going to let them continue to grow. 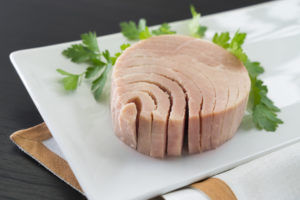 tuna casserole that will feed a lot of people for under $5.  It’s not the most nutritious, but it’s filling and a good shelf-stable recipe.  I grew up on this.  I think I’ve made it twice in the 13 years we’ve been married.  LOL

MISC PURCHASE: batteries
Time to check and replace batteries in your flashlights.  Do you have one in your car?  By your bed?  You should.  Just get a big package of AA and/or AAA batteries.  Your flashlights probably use D batteries.  Unless you want to start getting rechargeable batteries, you just need to bite the bullet and buy them at least twice a year.

I made this one for dinner last week.  I like it because I have everything stored for it – totally shelf stable.
One box lasagna noodles (I only cooked nine – and that was a lot for 2 people.  Really, figure 2 per person)
Cook the noodles and then soak them in cold water until you are ready to use them.
Lay them out on a plate.  Spoon on some Alfredo sauce and spread it around.
Sprinkle cooked and shredded chicken on the length of the noodle.  (I used 1 jar of canned chicken and had some leftover)
Sprinkle basil lightly over the noodle

Start at one end and roll it up.  Place in a 13 X 9 baking dish.  Top with any remaining alfredo sauce.  Sprinkle with mozzarella cheese and bake 30 min.
When I made this last week, I never even looked at the recipe, and forgot about the alfredo sauce, and used cream of chicken soup instead.  I just thinned it out with some milk.  Worked and tasted great.  Also, I decided to use Italian seasoning instead of basil.  Also worked.

Variations:  Want something green?  Add beans or peas.  Want to stretch it even more, add diced potatoes or carrots.

Serve with bread or rolls or biscuits.

Split Pea Soup
I asked Craig several years ago if he liked split pea soup.  He answered with an immediate NO!  Then I asked if he had ever TRIED it.  Answer:  no.  So I made some.  What do you know….. he liked it.
1 lb. dried split peas
ham dices or ham hock or bacon fried and crumbled
7 c. water
1/4 c. dry onion flakes
1/2 c. dry carrots
1/4 c. dry celery
3/4 tsp salt
1 bay leaf
1 clove garlic
Combine everything and simmer until the peas are done.
When my kids were little I could buy Lysander brand soup.  It came with dry split peas and a flavor packet.  I don’t know what seasonings were in it, but it was delish!!!  Then for a while I could buy it on Amazon.  Now, I can’t find it at all.  But, the directions said to add diced potatoes and carrots.  It was really good with the potatoes in it, so now I always add them to my soup.

What if you don’t have fresh ham or bacon?  I tried canning ham and it didn’t turn out very well.  Something about cured meats.  But I’ve canned bacon as you know and THAT would work great.  How about Spam?  Either you like it or don’t.  But maybe cut in small dices?  I think it could work.

Love your recipes Marty. In terms of increasing power costs, In Australia, living on the Tablelands, just emerging from winter. Still around zero’ Celsius overnight. For the first time I did not use the heater during the day this winter, (temp in house around 12’). Instead wore a polartek indoors. + wrapped in a blanket when sitting. Also decreased daily showers to 3 per week. Reduced washing machine use to 3 times per week & stopped using the dishwasher. No fun but winter is only 3months. We don’t have double glazing as standard & usually single brick construction. Most homes… Read more »